The Mets Have STUNNED The Sports World With Monster Overnight Signing 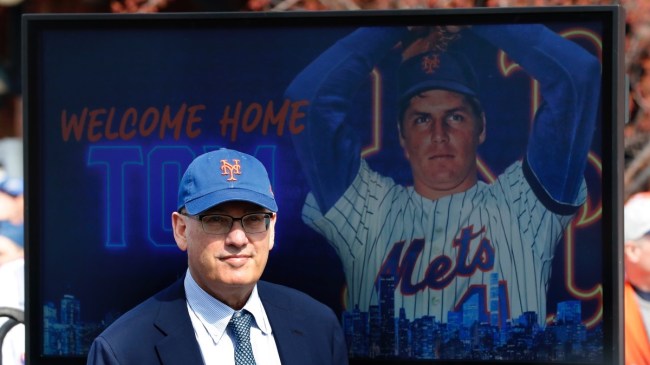 The New York Mets and owner Steve Cohen are not messing around this offseason. The deep-pocketed hedge fund owner and lifelong Mets fan is trying to bring another World Series to Queens.

Yes, the team lost stud pitcher Jacob DeGrom to the Texas Rangers this off-season. And, that’s a big loss, because DeGrEom has an argument to be the best pitcher of the modern era.

One of their big targets, superstar shortstop Carlos Correa, appeared to come off the board last week when the star shortstop agreed to a deal with the San Francisco Giants.

But, that deal fell apart on Tuesday when Correa failed his physical.

The Chronicle was told that the team and Correa are awaiting test results. https://t.co/o5KM8jtQCT

Not to worry. Steve Cohen and the Mets to the rescue.

In the early-morning hours on Wednesday, the Mets shocked the baseball world.

My goodness. The Mets now have an entire infield made of all-stars. Correa will play third, Francisco Lindor will play short, batting-title winner Jeff McNeil will play 2nd and Pete Alonso will man first base.

Correa’s .836 career OPS from the right side will provide balance in the Mets lineup that needed some pop.

New York fans woke up to some incredible news.

All Met fans not knowing as they sleep that the #Mets signed Carlos Correa at 2:45am. Then they wake up and all Mets fans like:

Regular people: “Mr. Cohen, your payroll is an unprecedented $355 million.”

It’s a strong bet to make that Cohen isn’t done, either.