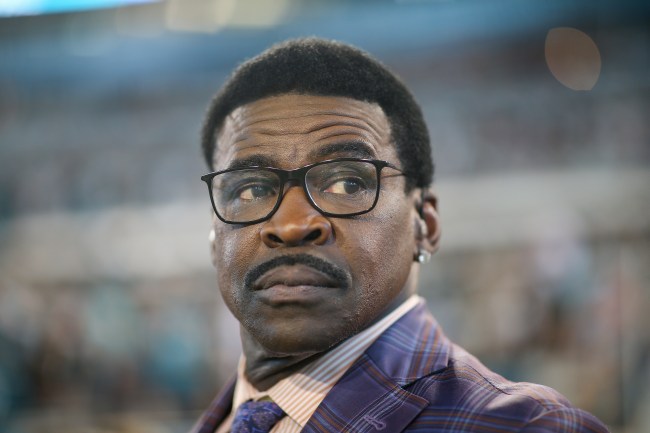 Michael Irvin realizes that the Dallas Cowboys have some serious offensive issues. After winning their first three games and scoring an average of 32.3 points in those victories, “America’s Team” has lost three-straight, only scoring a total of 56 points in those contests. In other words, after being praised through the first three weeks of the NFL season, Dak Prescott, Ezekiel Elliott, Amari Cooper and the rest of the Cowboys’ offense have been blasted for failing to show up.

The Week 6 loss to the New York Jets may have been the tipping point for Michael Irvin, who clearly takes pride in seeing his former franchise succeed. So what would “The Playmaker” do to help a stagnant offense that hasn’t gotten the job done in the past few weeks? Not fire head coach Jason Garrett or offensive coordinator Kellen Moore, but, instead, sign some All-Pro (and malcontent) wide receiver named Antonio Brown, who’s currently sitting around waiting for a team to call amid all his legal troubles.

While speaking to Sports Illustrated, the Hall of Fame Irvin broke down the concern he has for the Cowboys’ offense right now, even going as far as using the word “desperation” when describing the state of the team right now. That’s when he dropped the idea of signing Antonio Brown, which seems farfetched — then again, this is Jerry Jones and the Dallas Cowboys, so anything’s possible with them.

“I’m not gonna lie: Desperation makes you think about a lot of things,” Irvin told the “Shan & RJ” show on 105.3 The Fan on Wednesday. “We (the Cowboys) ain’t got no time to sit up riding the high horse, like we’re too good for this and we’re took good for that. We need some H-E-L-P right now! Real help!”

“You need Amari to get back,” Irvin said. “Unless you want to go pick up Antonio Brown until (Cooper) gets back. What do you guys think about that?”

“Where we find help,” Irvin said, “I don’t care. I don’t care about media relations or a public relations nightmare. I have absolutely …”

And then the Hall-of-Fame receiver paused, gathering and re-analyzing his own thoughts.

“Maybe,” Irvin summarized, “we should just go pick him up for a week or two.”

Although Michael Irvin was described at chuckling over the suggestion of Antonio Brown joining the Cowboys, you can’t help but think that, deep down, there had to be some seriousness behind the idea. Would the locker room be a mess and would AB be focused? Probably not. But, hey, in Irvin’s mind, maybe for a couple of games the All-Pro receiver could kickstart the Dallas offense and help them figure some things out for the rest of the season?

As for Brown himself, he’s shown a desire to return to the NFL — even though he had originally claimed he was “done” with the league following his release from the New England Patriots — but most teams probably wouldn’t touch him with a 10-foot pole until there’s some clarity around the serious sexual assault allegations that have surfaced in the past month or so.