Michael Jordan Used To Spit On His Food So No One Would Eat It, Including The Infamous ‘Flu Game’ Pizza 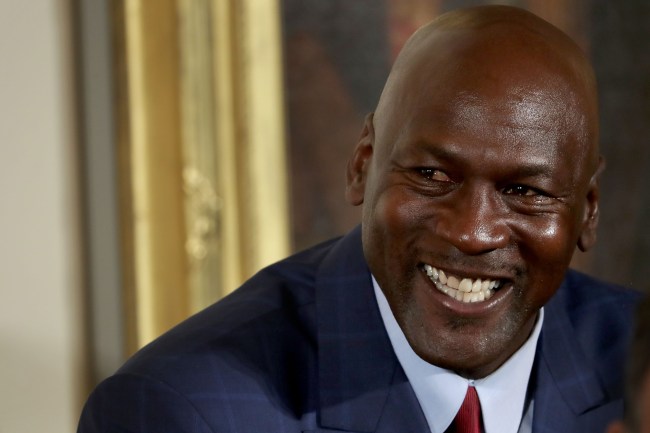 Michael Jordan is living proof that there’s a fine line between being the coolest human being on the planet and a guy who is one slight away from burning this place to the ground.

During the final installment of The Last Dance doc, Jordan himself debunked the Flu Game narrative, claiming instead it was a bad case of food poisoning from a pizza suspiciously delivered by a group of pizza place employees in Salt Lake City.

Why wasn’t it coined the Food Poisoning Game from the jump? Because no one wants to think about Superman with a vicious case of the Hershey squirts. The image of Jordan clenching his cheeks while dropping 38 is all the evidence I need that he is the undisputed G.O.A.T.

The Last Dance director Jason Hehir appeared on ESPN’s wrap-up show with Jalen Rose and David Jacoby Sunday night to reveal the insanely infantile way Jordan ensured no one else ate one bite of the Diarrhea Pizza.

“Earlier that night those guys all ate dinner and didn’t wait for Michael when they ordered. So it gets to be about 10-11 o’clock and Michael is starving and says ‘I want a pizza.’ When the pizza shows up, Michael says, ‘everybody, do not touch this pizza, this is mine. You didn’t wait for me, don’t touch this.’ So he spits on the pizza.”

“It’s not the only time, you can look up, that Michael would spit on food if he didn’t want people to eat it,” Hehir added.

Unfortunately, this was a habitual act from Jordan, reaffirmed by Wright Thompson in 2013:

“Back when they used to shoot a lot of commercials, Jordan’s security team would wait for him in his trailer while he was on set. A woman named Linda cooked Michael’s meals, and he loved cinnamon rolls. She’d bake a tray and bring it to him. When it came time to film, he’d see the guards eyeing the cinnamon rolls and he’d walk over and spit on each one, to make sure nobody took his food.”

If Michael Jordan says, “Don’t eat my pizza,” there are exactly zero people on the planet who would defy his orders. This makes me question why he, a grown man, needed to resort to middle school lunch tactics. Wild.