Michael Jordan Filmed His Scenes In ‘The Last Dance’ From Three Different Houses That Weren’t Actually His, Because Privacy 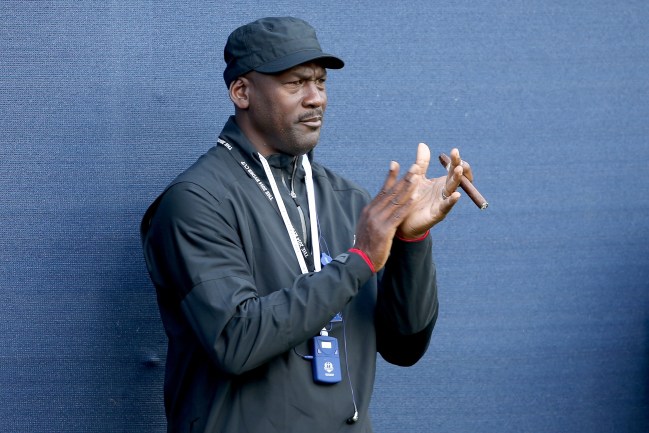 When you’re as popular as Michael Jordan has been for the past few decades, it’s hard to maintain a low profile. As much as the six-time champ might try to balk at media requests and appearances — even ones that pay $100 million for a couple hours of work — anytime there’s even a whisper that he might be lurking around, people will grab for their phones and try to snap pics of the GOAT. It’s why, in a recent episode of The Last Dance, MJ talked about how difficult it actually is being a role model; because you’ve always got to be “on” for the swarms of people in your face.

But that’s where Jordan can get smart, because, thanks to his experience in dealing with all the people in the world who just want to catch a glimpse of him, he knows how to call an audible in order to try to keep some semblance of privacy. Apparently, that’s exactly what he did while filming those scenes from a house in The Last Dance — and it’s truly an A+ move.

According to a the documentary’s director, Jason Hehir — who spoke with Insider — Michael Jordan is so calculated and tries to be so private that he didn’t even film any part of the documentary from his own home. No, seriously, MJ told the camera crew to meet him at three different houses in his neighborhood, just so he could protect his privacy and not reveal where he really lives. Fucking genius, right?

“There are certain aspects of his life that he wants to keep private,” “The Last Dance” director Jason Hehir told Insider.

Instead, Hehir and his production team looked for houses to interview Jordan in that were located around his home in Jupiter, Florida.

The first house was rented by the production and is the one that features the big all-white living room and ocean view in the background.

“I looked for places that seemed like Michael might live in,” said Hehir in why he chose that location. “I knew what his real house looked like and I knew this is a wealthy guy who has certain tastes, so we wanted something to match that.”

“He just didn’t want people to see all that,” Hehir said. “I respected that so I never pushed back.”

But Hehir couldn’t do the Jordan interviews in one session. So two other houses were used to complete all the interviews Jordan did.

For those of you who are as mindblown about this as I am, well, we should never underestimate the greatness of Michael Jordan; whether that’s on the basketball court or when filming a documentary about his hoops life. Jordan is always so ahead of everyone else in his planning that it’s not even funny. Hell, Hehir said MJ wouldn’t even allow the film crew to capture footage on his private plane for a trip to Nike; which is about as secluded as one would get with the basketball legend.

Since we’re all feeling a little duped about this, here’s a little info on where Michael Jordan really lives, per the Insider article. It’s a house located in The Bear’s Club golf course resort, which is a gated community featuring a layout created by Jack Nicklaus. It’s a three-acre property that’s 28,000-square-feet, has 11 bedrooms, a two-story guardhouse, and entire wing dedicated to a workout facility with a basketball court. Hey, when you’re worth over a billion dollars, you can have really, really nice things.