Michigan WR A.J. Henning Shares Impression Of Gus Johnson And You Won’t Be Able To Tell The Difference 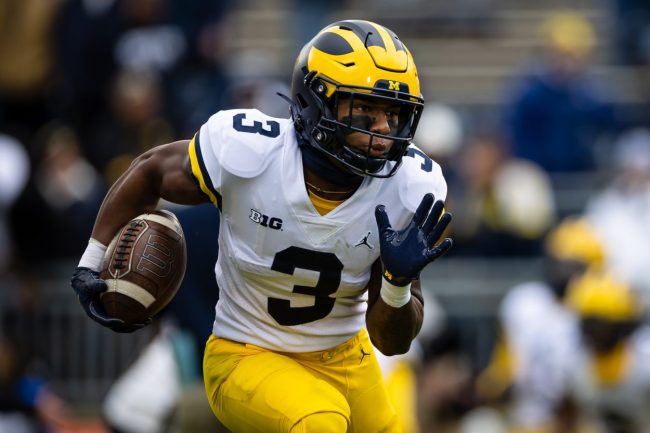 When it comes to sports television, there are very few broadcasters as excitable as Gus Johnson. The 54-year-old Fox Sports announcer has a distinct voice that is immediately recognizable, whether it is him or an impression by Michigan wide receiver A.J. Henning.

This year alone, Johnson has been in the booth for quite a few calls that could not be more exciting. He has been on the call for both college and NFL football, sometimes even pulling double duty on Saturday and Sunday.

Needless to say, Johnson is a master at his craft and a true legend. To imitate him, as is with anything, is the highest form of flattery.

Henning, a Wolverines wide receiver, is with the rest of his team in Miami for the Orange Bowl. While on the beach enjoying some time off, the sophomore reported live about what he was up to, but did so in Johnson’s voice.

He did a remarkable job, it’s pretty uncanny.

AJ Henning with a hell of a Gus Johnson impression here 😂 pic.twitter.com/I6cVWJbt2V

In response, Henning joked that he should get in the booth.

If football doesn’t work out, his broadcast career is bright!