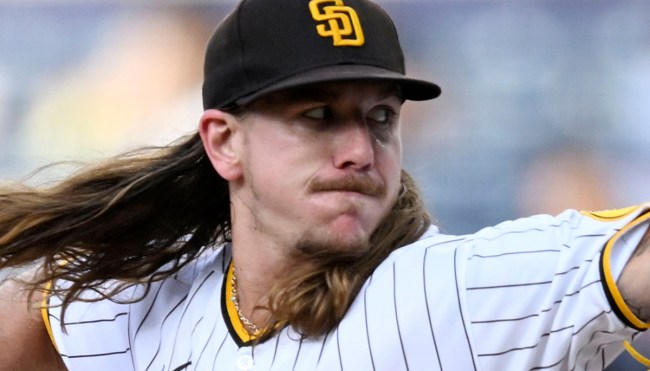 Being able to thrive under pressure is a pretty major prerequisite for anyone who opts to pursue a career as a pitcher in the MLB, a job that requires you to routinely bear the bulk of the responsibility for your team’s success while tens of thousands of spectators (in addition to the fans at home) monitor every move and decision you make.

Anyone who steps into that role willingly shoulders the physical and mental toll that comes with it, so while it’s certainly not for the faint of heart, I’ve always had a hard time not being kind of jealous of some of the cushier aspects of the job.

Guys in the bullpen might have to deal with the stress of knowing they could be called upon in the middle of a clutch situation at any time, but I’m not sure how you can watch this clip of some players on the Brewers putting on an impromptu musical performance during a game and not be a bit envious.

I’m also not discounting the amount of time and effort starters have to put in, but it also has to be pretty nice to know you’ll only have to take to the mound a couple of times a week and get the chance to chill at the ballpark when your name isn’t on the lineup card.

Padres pitcher Mike Clevinger had that luxury when his squad faced off against the Marlins in Miami on Monday night, as he earned the right to rest after put in five innings of work en route to getting his fourth win of the season against the Nationals on Friday.

The righty still took to the field during pregame warmups and eventually headed back to the clubhouse with a solid prize in tow after making a trade with a fan who offered to give him a beer in return for a baseball.

Mike Clevinger is awesome, exchanged a beer for a baseball! @MikeClevinger pic.twitter.com/hdirYAKRoA

It sure seems like Clevinger came out ahead in that exchange. However, the fan in question looked pretty pleased when he posed with his souvenir in a picture he shared on Twitter, so I guess everybody won at the end of the day.