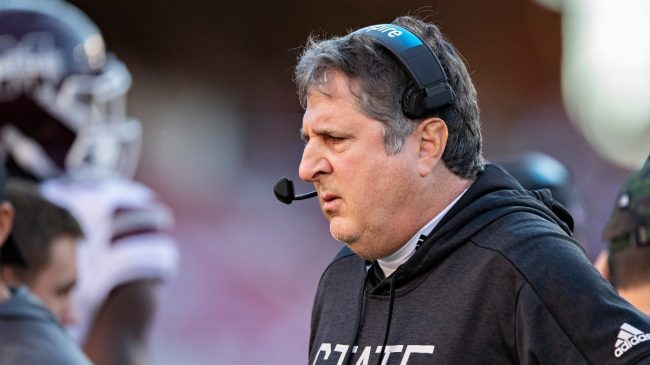 Mississippi State head football coach Mike Leach has passed away at the age of 61 years old, the university has reported. Leach suffered a reportedly “massive” heart attack over the weekend.

“Coach Mike Leach cast a tremendous shadow not just over Mississippi State University, but over the entire college football landscape. His innovative “Air Raid” offense changed the game. Mike’s keen intellect and unvarnished candor made him one of the nation’s true coaching legends,” Keenum said in the school’s official statement.

“His passing brings great sadness to our university, to the Southeastern Conference, and to all who loved college football. I will miss Mike’s profound curiosity, his honesty, and his wide-open approach to pursuing excellence in all things.”

According to reports from ESPN’s Get Up, Leach was at practice with his team on Saturday before suffering a heart attack later that night. The 61-year-old was then airlifted to the University of Mississippi medical center in Jackson, where he passed away on Monday morning.

In addition to coaching at Mississippi State (he was in his third season at the SEC school), Leach also served as head football coach at Texas Tech University and Washington State University. Leach, who graduated from BYU and earned a law degree at Pepperdine University, also served as an offensive coordinator at t Iowa Wesleyan, Valdosta State, Kentucky, and Oklahoma.

While Leach was certainly known for his high-scoring “Air Raid” offense, he was perhaps more revered for his quirky and curious personality, as he’d often go viral for comments he’d make in pre-and-post-game interviews. Earlier this year, for example, we brought you the story of Leach’s concern that future generations of Mississippians won’t have hands.

Our thoughts are with his friends, family, colleagues, players, and various loved ones during this difficult time. Rest in Peace, Coach Leach.