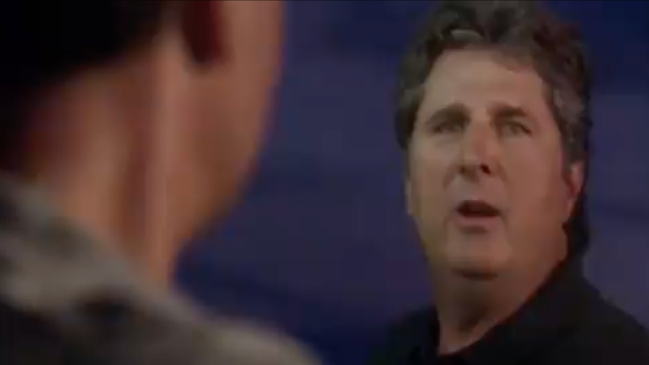 On Tuesday morning, the world came together to mourn the loss of a college football legend following the tragic death of Mike Leach, who passed away at the age of 61 after being placed into hospice care following the heart attack he reportedly suffered in his home on Sunday.

Leach spent more than 21 years racking up a 158-107 record as the head coach at the trio of college football programs where he left an indelible mark; he’d recently led Mississippi State to a bowl game after wrapping up his third regular season in Starkville, which was preceded by an eight-year stint with the Washington Cougars and the decade he spent patrolling the sidelines for Texas Tech.

It was pretty hard not to be a fan of the widely beloved (and fairly eccentric) skipper thanks in no small part to his tendency to wax poetically about basically every and any topic under the sun. You never knew what you were going to get when Leach stepped up to a microphone; he was more than happy to break down the Xs and Os, but he was just as content to ramble about the evils of candy corn, speculate on what’s really going down at Area 51, and share advice on getting married like only he could.

Now, it’s safe to assume the folks who asked Leach to appear on an episode of Friday Light Nights in 2009 did know what to expect in the scene where the man who was on the verge of wrapping up his tenure with the Red Raiders got the chance to show off his acting chops (with that said, part of me likes to think Leach took a look at the script and said “You know what? Let me try something” before nailing the brief cameo where he chats with a forlorn Coach Taylor after asking him for directions to Lubbock at a gas station in a single take).

Regardless of how things actually went down, one thing is for certain: it’s hard to think of many clips that capture the pure, undistilled essence of Mike Leach quite like this one from the second episode of the show’s fourth season.

In what can only be described as a “Peak Leach Moment,” the coach delivers an impromptu pep talk where he spontaneously diagnoses the root cause of Taylor’s woes with a pirate analogy that would’ve come off as absolutely absurd if it had been uttered by basically anyone else not named “John Harbaugh.”

One fan floated the idea of honoring Leach’s legacy by handing out a sword to honor the most eccentric player in college football on a yearly basis, and while determining the exact criteria for that kind of award seems like it’s easier said than done, it’s still a pretty great concept in theory.

College football needs an annual Mike Leach Trophy that goes to the most eccentric playmaker on and off the field. Make the trophy a sword.