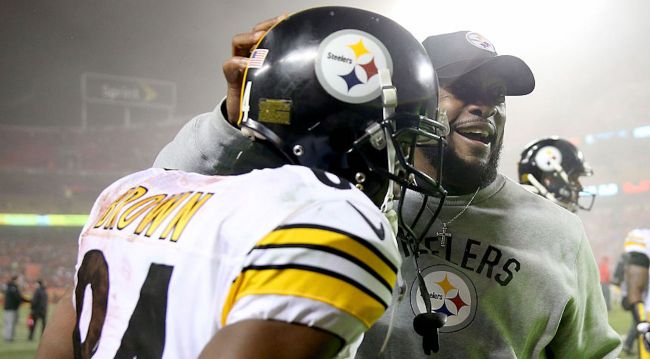 After burning bridges in Pittsburgh, Oakland, New England, and Tampa Bay, it would appear that the end of Antonio Brown’s NFL career is officially here, as it seems unlikely that any other NFL franchise would ever put their faith in the erratic wide receiver.

“Y’all know that ain’t happening,” Tomlin while on Sports Illustrated’s The Pivot Podcast. “In terms of putting a helmet on and running out of the tunnel and playing ball and stuff like that, man. You know he’s moved on, and we’ve moved on. We can sit around and chop that up like it’s a realistic conversation, but we know that’s not realistic.”

Of all of the head coaches that Brown previously played for and eventually scorned, it’s hard to imagine Tomlin as the one who’d be willing to put up with his seemingly never-ending B.S. for a second time.

The Steelers likely don’t need Brown’s services, anyway, as they not only don’t need him tampering with the mindset and confidence of rookie signal-caller Kenny Pickett, but the team also currently employs Chase Claypool, who believes he can become one of the top three wide receivers in the National Football League this year.

Plus, given the last time we saw AB on an NFL field — taking off his shirt and doing jumping jacks as he ran down the MetLife Stadium tunnel — it’s unlikely that a franchise as shrewd as the Steelers would give an individual like that millions of dollars.