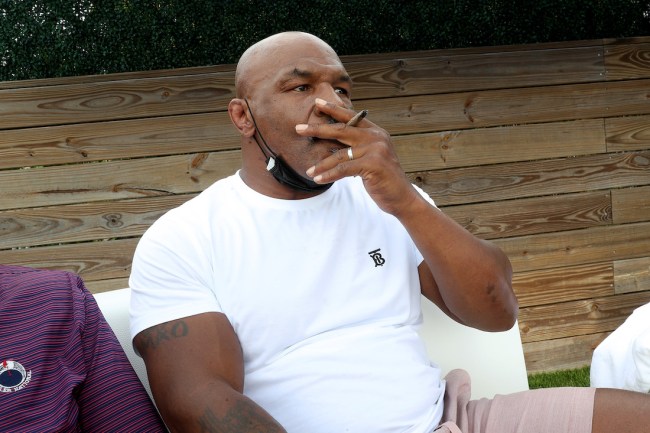 There might not be a more interesting athlete than Mike Tyson, who, seemingly, has seen it all during his 30-plus years in the limelight. From being a hyped up amateur boxer to becoming the heavyweight champion to his demise after run-ins with the law, it’d be pretty awesome to sit down, smoke a joint and just listen to “Iron Mike” tell stories about his life.

One of the more significant (and sad) moments in Tyson’s life was when, in 1992, he was sentenced to six years in prison after being convicted of rape. The former boxer would go on to serve less than three years, however, being released in 1995.

But it’s what Mike Tyson did while behind bars that’s really perked me up today. That’s because, according to the former boxer, after getting in trouble for “cursing, getting written up” in the first six months, he developed a relationship with one of the prison counselors, who helped him get out early thanks to a little TLC.

Recently speaking to Vlad TV, Tyson says he started dating the prison counselor while attempting to get his GED. After failing the test, his “nasty stuff” with the woman led to some strings being pulled in order for an early release.

“Next thing you know, I’m dating one of the counsel workers now, she’s letting me have sex with her now. … So by passing the GED (General Education Department) they took that year (added year) away,” Tyson explained, via John Hutchinson of The Sun.

“So I flunked the f—ing GED and got mad, and so I had to start dating this counsellor and stuff, giving her money and doing really some nasty stuff to her, and she let me pass this test.”

If anybody else tells this story, there’s skepticism. But because it’s Mike Tyson revealing it, it’s absolutely plausible that it happened just the way he describes. I mean, sheesh, the guy remains to be one of the most polarizing people on the planet, with his past actually helping him get access to all sorts of things these days. It’s pretty wild.

From cameos in movies to endorsement deals to boxing matches — even at the age of 54 — Tyson continues to be as sharp as iron. And it’s vulnerable stories like this one about his prison time that only enhances his legend even further.