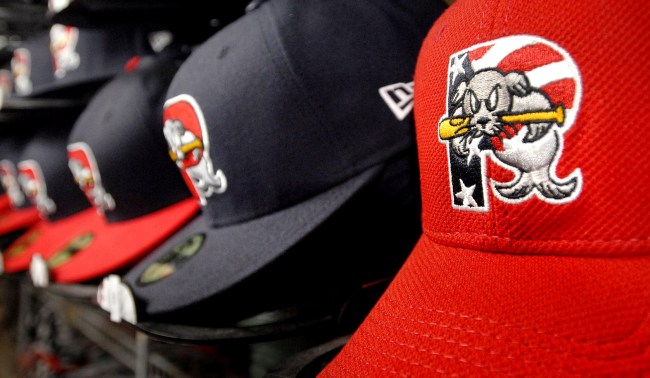 Double-A minor league baseball team, the Portland Sea Dogs of the the Eastern League, have turned their stadium, Hadlock Field, into a 9-hole golf course.

Which, they might as well, the baseball team isn’t currently using it, and based on the ridiculous negotiations between Major League Baseball and the MLB Players Association, they probably won’t be until at least 2021.

So instead of hosting baseball games, the Portland, Maine Red Sox affiliate will be letting fans play nine holes of modified golf.

I say modified, because, the longest hole will be 160 yards and golfers will only be allowed to use 7, 8, and 9-irons or a wedge from one of the nine tee boxes located on the skybox level of the Hadlock Field.

However, the event will only run for four days, for some reason, July 9 through 12, so it could be a tough get to score a tee time.

Of course, social distancing rules will apply so no more than nine golfers will be on the “course” at any given time and balls will be collected and sanitized after each use.

Here are the rest of the rules…

The field will have nine holes with flags cut into it. Around each hole will be a circle painted with a 6-foot diameter. Then each hole will also lie in a larger “green” area that is also marked with spray paint. Golfers will tee off from nine platforms at the skybox level. Scoring will be in the cup is a one, in the 6-foot diameter spray painted circle a two, on the “green” a three, on the field outside the green a four, and in the stands or anywhere else a five.