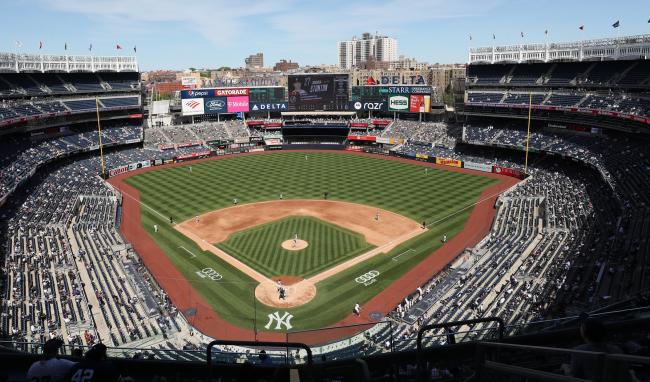 Just when we thought it couldn’t get worse for Major League Baseball with players like Trevor Bauer, Carlos Rodon, Tyler Glasnow, and Jack Flaherty ripping the league over its sticky substance crackdown, along comes MLB analyst Ryan Spaeder with very specific allegations of more widespread cheating.

On Wednesday, Spaeder posted a series of tweets where he claims there has been rampant sign stealing has been in Major League Baseball for over five years, and it wasn’t just the Houston Astros that were doing it.

“I’ve had enough, I think I am coming out with everything tomorrow… going to sleep on it,” Spaeder tweeted Tuesday night.

Wednesday morning, Ryan Spaeder began his Twitter thread of allegations by saying, “Everything that I am about to say was verified by more than one player. I do not mean to burn anyone, and I love baseball… I’ve just had enough of this bullsh-t.”

Spaeder then went on to name names and teams he says were cheating over the past few years including the Royals, Yankees, Dodgers, Rockies, Aaron Judge, Chase Utley, Adrian Beltre, and Carlos Beltran.

The Royals were the first team with a full analytics and video department close by their dugout, doing so in 2015, their World Series Championship year. How they used it, I do not know.

I want to note that one player who played for the Royals ins 2016, just texted me saying that "every team had the same video room by then." https://t.co/Zyyd60VcoS

The Yankees had cameras in left, center, and right, all pointing at the pitcher's glove, rather than the catcher, to pick up his grip.

The Dodgers had an employee who was caught setting up cameras at Minute Maid Park wearing an MLB Polo Shirt, when he should have been wearing a Dodgers Polo, during the 2017 World Series.

This one hurts to say... my favorite player ever... "Chase Utley was the biggest cheater of all-time."

As insane as this sounds, I've heard this from multiple players, Adrian Beltre had a buddy with binoculars in dead center who would wave a beater (undershirt) if he was getting something off speed in 2017.

The Astros "sign stealing" method all came from Beltran, New York and Texas.

We already pretty much knew that one.

Spaeder had already hinted at what he tweeted on Wednesday in a series of tweets posted last week.

Those tweets basically explained, according to him, why it is that Rob Manfred and Major League Baseball scapegoats certain teams and players to help themselves when it comes to time renegotiate the collective bargaining agreement and absolve themselves of any responsibility for scandal.

The reason MLB has suddenly started to give a shit about "sticky stuff" – which has been prevalent in baseball forever – is to pin the players against each other before the CBA. Now they are letting some of their biggest stars get burned, as always, and will continue to do so.

Did you notice that no hitters were complaining about pitchers doing this until this season? Especially when names started being released by MLB... scapegoating again, creating villains. When it is a league-wide issue, if it is even a real issue at all. https://t.co/oXPjgSErHT

The other thing that seems unaddressed, by most, is that MLB changed the baseball again... instead, they are letting everyone simply blame the "sticky stuff," which hasn't changed over the last two years. MLB will ALWAYS skirt any and all responsibility and scapegoat others. https://t.co/xcgw8QVcRs

Many misreading my overall point, perhaps I made it poorly, so here it is plainly:

MLB is using this to pit the union against itself before the CBA, cover up the changes they have made to the baseball, & skirt responsibility for the situation by scapegoating individual players. https://t.co/vSQweD5lOi

I'm not excusing using, and I'm not saying it doesn't have an impact or even potentially a large impact – I'm saying that it is MLB's fault. They could have addressed this YEARS ago, but instead decided to do so strategically... and it has NOTHING to do with the lack of offense. https://t.co/RAdbQ1AKF9

Another thing: note how they will let their stars burn, because there is no face of baseball, but ALWAYS protect their big market teams with international fans. From PEDS to sign-stealing to sticky shit. This is a Manfred tactic. Right out of his playbook. https://t.co/Ytbyfi6qPd

And many fans play right into this, because he knows they are too stupid, as a whole, or willfully blind to blame MLB — instead these smaller teams or individual players go on the road and get destroyed by opposing fans... helping to shift the blame off MLB. See Houston. https://t.co/9YeWn5du6k

All of these things have one common denominator — yet somehow most still pin them on individuals or teams.

It is time to recalibrate and focus on what the real problem is here. https://t.co/MeIYZ8ITMy

Man, I don’t know about you, but I canNOT wait to hear what Trevor Bauer has to say about all of this.

Read both of Ryan Spaeder’s threads in their entirety here.