French Olympian Who Intentionally Knocked Over Water For Other Runners Responds, Claims Innocence 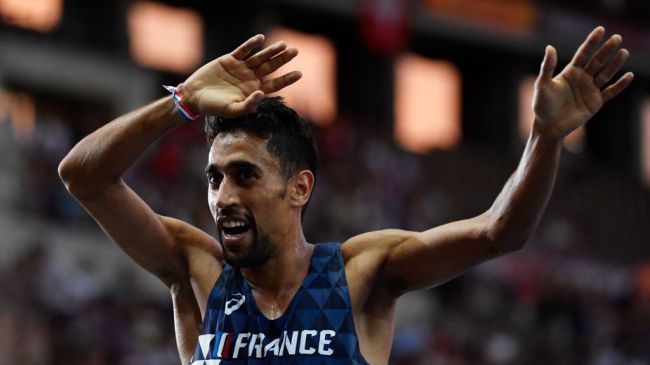 Olympic marathon runner Morhad Amdouni is completely full of it. The Frenchman broke his silence after video of him knocking over water during the Tokyo 2020 Games sparked controversy and he claims innocence.

In the footage of the incident, Amdouni is seen amongst a group of runners who approached a table of small water bottles. He reached out his right arm and slapped away an entire row of bottles before grabbing the last one for himself.

The race was being held in sweltering conditions and Amdouni left those behind him to remain thirsty.

Video of his actions quickly went viral and Amdouni has been the subject of very loud criticism. Piers Morgan even called him the “biggest dickhead of the Olympics.”

Peter Valstar, a Member of the House of Representatives of the Netherlands, said that karma is a bitch after Amdouni missed out on a medal.

Morhad Amdouni (France) deliberately knocks over all the water for his fellow contesters in the marathon. Abdi Nageeye (Holland) was directly behind him and didn’t get a bottle. Nageeye won silver. Amdouni finished 17th. Karma is a bitch. #Olympics pic.twitter.com/R9YP64T7OI

An attempt to justify.

However, amid all of the debate as to whether it was on purpose, Amdouni is still claiming that it was unintentional. He apologized to the athletes on Instagram and his explanation for what happened is perfectly reasonable.

“To guarantee freshness to the bottles, these are soaked in water, which makes them slippery,

“However, it is clear that I am trying to get one from the beginning of the row but these barely slide we touch them.

“With fatigue and all that, I was gradually starting to lose lucidity and energy, while hanging on.

“In principle, I try to be able to share also during the race, the bottles of water, while respecting everyone and going high and proud, to be able to fight for our colors of the jersey.”

The response seems calculated but it was his best play.

To forgive or not to forgive— that is the question.

While Amdouni’s version of what happened makes complete sense, it is literally his only excuse. There is simply no other way to try and justify his actions, but it certainly doesn’t look like it was a case of slippery bottles.

Watch closely, his hand never closes around any of the bottles except the last one. They might be slippery, but he doesn’t even appear to make an effort.

You can be the judge here, but Amdouni’s apology seems like something he had to do, not something he wanted to do or meant.

In the meantime, I will leave you with a topical joke:

Did you hear about the honorable Frenchman?

Oh, you didn’t? Well, don’t feel badly because nobody else has either.