The 12 Most Hated Sports Teams Of All Time 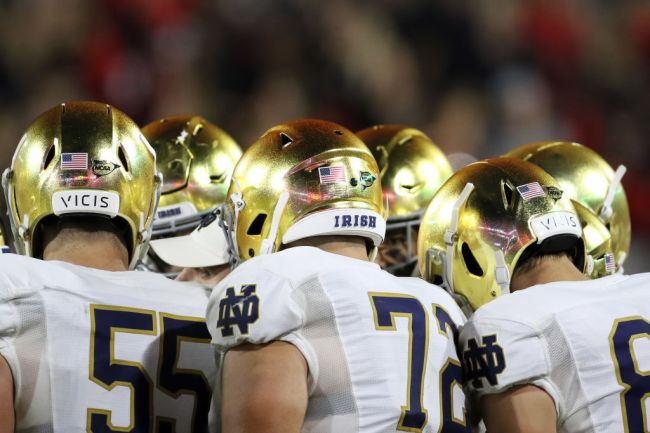 There’s perhaps one thing that sports fans like more than cheering on their own team and that’s hating on other teams.

It’s with that in mind that we decided to take a look at those sports teams who seem to inspire the most vitriol amongst opposing fans, the ones who nobody likes.

The Most Hated Sports Teams Of All Time

The Hurricanes fall into that very small group of college football teams that has a plethora of fans that didn’t actually go to school there. Alabama and Notre Dame fall into that same category. Next time you see a Miami fan, you should ask if they went to school there and see what their answer is. It’s Miami’s fans, honestly, that can make the team so unbearable. Miami is always overhyped year after year, but as we all know the Hurricanes have been irrelevant for quite some time now.

Lots of sports franchises are hated in the moment, when they’re on top of the world and everyone just wants to see them fall, but it takes a special franchise to remain hated even after they’ve taken that fall and then made another comeback, and that’s why the 49ers are on this list. The 49ers were a force in the 1980’s and 1990’s, but were abysmal from 2014-2018 before jumping right back into the spotlight with a surprise run to the Super Bowl in 2019. It’s a historic franchise that haters of the team thought was buried, but the 49ers have since re-emerged as a respectable franchise, which has plenty of fans out on the West Coast upset.

People hate the Celtics because they’re winners. No team in the history of professional basketball has been more successful than the Celtics and that makes them a target of every downtrodden fan who’s had to watch their own team flounder around in mediocrity and failure. Simply put, it’s easy to hate winners, just look at how many people out there hate the New England Patriots.

I’ll be honest here – I am a huge Red Wings fan. I’ve loved them since I was a little kid and I cheered like crazy when Darren McCarty beat the crap out of that coward Claude Lemieux. However,  even I can understand why fans of other teams hate the Red Wings. First of all, like the Celtics, everyone hates the Red Wings because they’ve been so damn good for so damn long. The Red Wings also embraced a more finesse style of hockey, relying on European play-making machines instead of toothless grinders over the years. You know, pretty boy hockey.

USC football has long been associated with glitz and glamor, truly a team that fits in well in Los Angeles. That’s great, but the only problem is that a lot of people, uh, kinda sorta hate Los Angeles and everything it represents. The haters have a lot of ammunition when it comes to disliking the Trojans. Fans think of O.J. Simpson, Matt Leinart,  and Reggie Bush. Plus, some people think of a stadium filled with botoxed fans and air-headed bimbos who just want to be seen more than they want to see their team actually win.

For decades, the Red Sox were and still somewhat continue to be looked at as the heroic underdogs struggling against the most hated baseball team in the world, the New York Yankees. Then, they beat the Yankees, and when they did, a funny thing happened – the Red Sox basically became the Yankees. Yes, in their obsession to finally slay their rivals, the Red Sox engaged in a terrible arms race, spending tens of millions of dollars more than anyone else besides the Yankees to get to the top.

When it was all over and the Red Sox had finally triumphed, the rest of the baseball world looked at them and then looked at the Yankees and couldn’t really tell the difference between the two teams. Oh, and Boston? You’ve won roughly one billion championships between your sports teams in the last decade so you can quit it with that whole underdog, woe is me crap, okay? Nobody’s buying it anymore.

A lot of the Patriots haters out there left New England the day Tom Brady signed with the Buccaneers, but there are still those out there that hate New England because of the torture it put the rest of the NFL in for so long. The Patriots made the NFL, at least the AFC, stale for over a decade when Brady is there, it’s going to take another generation to come through for the haters to officially quiet down when it comes to the Pats.

Like USC football, to most people, the Lakers represent everything that people despise about Hollywood. Glitzy, kind of soft, hollow on the inside – these are the things that Lakers haters point to. That’s all gotten to a different level since LeBron James and Russel Westbrooks arrived on the scene. To some, the Lakers lack soul. They lack heart and they get by because the NBA airdrops in crooked refs to save the day like Commandos in a war-torn jungle whenever the Lakers desperately need a win. I’m not saying that’s right, but that’s the perception.

The Lakers are the team of the establishment and people hate the establishment. It’s one of the fundamental principles which drives mankind. That may be a little deep for an article on hateable sports teams, but it’s true. People hate the Lakers because the Lakers seem like the sort of team their boss roots for, the sort of team that has a crowd full of pampered millionaires. Like it or not, that’s just the way people see it and that’s why the Lakers are on this list.

It’s not hard to understand why people hate Notre Dame football. The Irish are simply always there, and they more often than not disappoint. Pick a conference, for crying out loud, come play with the big dogs and see how you fare. Notre Dame also has its own network deal and it basically carries on like the rest of the college football world exists to serve their needs despite not being attached to a conference. Notre Dame is a team most college football fans can respect, but cheer when the Irish inevitably falls on their faces.

America’s Team. And really, that says it all right there. Any team arrogant enough to actually call itself “America’s Team” is going to have its share of haters. It really, really doesn’t help that most of Dallas’ fan base seems to be comprised of bandwagon jumpers who fell in love with the Cowboys just because they were the biggest, most popular team already out there. Being a fan of the Cowboys just seems soulless and artificial.

Duke’s basketball team seems like it’s always comprised of a bunch of dudes who could easily pass for the bad guys in a stereotypical ‘80s movie. Whether it’s Christian Laettner and Bobby Hurley or J.J. Redick and Grayson Allen, Duke has made a name for itself trotting out hateable frat boy types led by their little Napoleon of a coach, Mike Krzyzewski. I mean, seriously, you half expect to see them terrorizing the Karate Kid at halftime of their games. And, of course, it doesn’t help that despite all this, they remain wildly successful.

Duke is a team of privilege, a team of Haves trying to steal every last bit of happiness from a world full of Have-Nots. And that’s why everyone hates them.

As if any other team could be number one on this list. The Yankees are synonymous with the sort of big-moneyed greed that people hate about sports. The Yankees name itself has come to be associated with everything people hate about sports. They are a symbol, like Goliath or Enron, of the oppressive and the mighty, of everything that ordinary people struggle to overcome in their own lives. The New York Yankees are your boss or your ex’s new boyfriend with the Ferrari or your landlord.