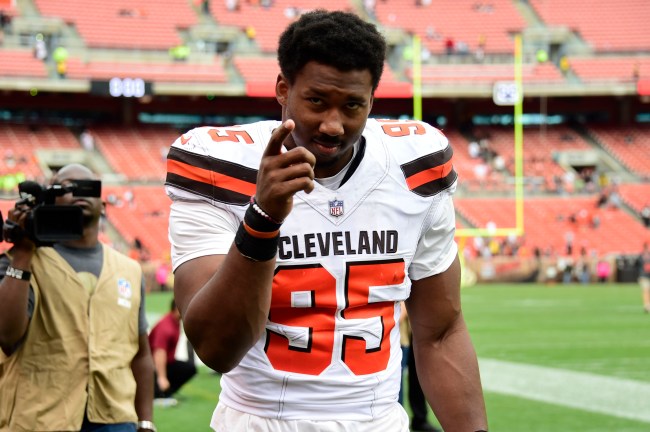 Myles Garrett is one of the most talented young defenders in the entire league, with the No. 1 overall pick from the 2017 NFL Draft proving his worth during his first few seasons by racking up 30.5 combined sacks and earning a Pro Bowl berth in 2018. Unfortunately, the Cleveland Browns’ defensive end also has a bit of a mean streak in him while on the gridiron, as proven by his mindless late hit penalties and, obviously, that wild brawl involving Steelers quarterback Mason Rudolph that included the defender using a helmet as a weapon.

As we all know, the decision by Garrett to attack a person on the football field brought lots of consequences, with the league swiftly handing down an indefinite suspension. Ultimately, Myles Garrett missed six games — which turned out to be the remainder of the Browns’ season — as the league just announced its decision to reinstate him.

While the Browns are excited to welcome back a Pro Bowl defender, the time away from the team sure took its toll on both the team and Garrett. Not only did Cleveland struggle down the stretch last season after the ugly brawl with the Steelers — finishing 6-10, filled with drama and firing then head coach Freddie Kitchens — but the six-game suspension absolutely nailed Myles Garrett’s bank account, too.

That’s because, according to Mike Garafolo of the NFL Network, when adding up total fines and lost salary, Garrett missed out on $1.85 million, which, you know, kind of seems like a shit ton of money.

And with Myles Garrett reinstated today, we can now calculate what the melee cost him in fines and lost game checks: A little more than $1.185 million. https://t.co/Q2wTH9bYym

Obviously, a guy like Myles Garrett can afford losing such cash, though, given the fact that he signed a four-year, $30.41 million rookie contract that featured a $20.25 million signing bonus after being drafted No. 1 overall. Even so, imagine losing a cool $308,000 each week when calculated over that six-week span of the NFL season — that’s a bunch of money for anyone.

While Garrett won’t earn that money back after his boneheaded decision to attack Rudolph with his own helmet, he’s still sitting pretty with millions coming his way. Here’s to hoping he learned his lesson — and every other football player does as well — so we don’t have a nasty incident like this ever happen again.