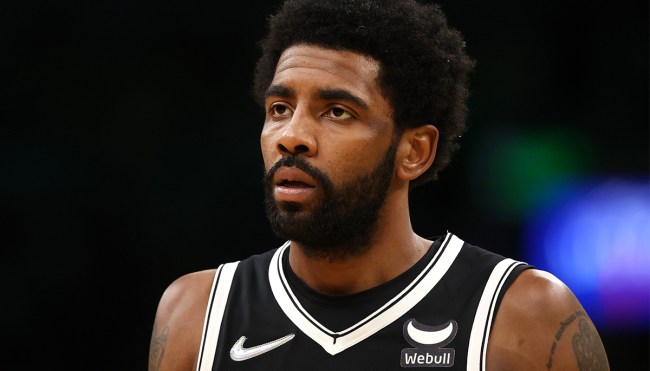 It’s been close to three years since Kyrie Irving’s time with the Boston Celtics came to an end after just a couple of seasons, and it’s safe to say there’s been absolutely no love lost between the guard and fans in the city where he once played since he headed to Brooklyn.

That development was months in the making, as Iriving publically clashed with his teammates during his time in Beantown and reportedly ghosted the franchise before ultimately deciding to sign with the Nets. He also didn’t do himself any favors after leaving by doing things like burning sage at TD Garden and capping off a game by stomping on the Celtics logo.

It came as no surprise Irving didn’t exactly get the warmest of receptions when the Celtics and the Nets kicked off their playoff series over the weekend, and it’s kind of hard to blame him for clapping back at fans who heckled him by deploying some middle fingers at multiple points during the contest (which ended up costing him a cool $50,000).

The Celtics and their supporters were able to get the last laugh by winning that contest, and after the team took a 2-0 lead on Wednesday night, NBC Boston opted to get in on the action by trolling Irving with the help of a graphic it ran during his postgame press conference that referenced the restraint he was able to show in the second game.

This isn’t the first time the network has pulled some similar shenanigans, as it’s previously used graphics to troll Irving in addition to Russell Westbrook and the Lakers. 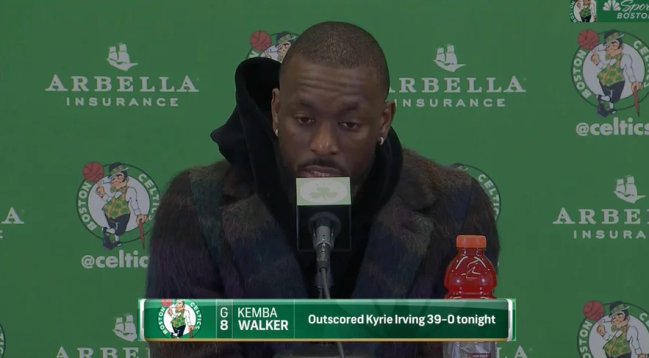