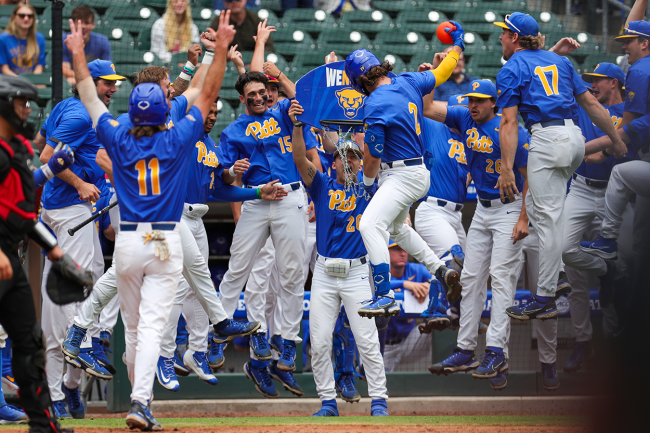 The NCAA is the worst. Year-in and year-out the governing body of Division-I collegiate athletics never fails to make truly baffling decisions that do nothing but hinder the sports for which they are trying to grow and promote.

The NCAA Baseball Rules Committee proposed a plethora of new rules for the 2023 season and beyond. One of them is intended to eliminate fun.

Of the rules that were proposed, the Committee suggested that celebratory props will not be allowed on the field. They can only be used in the dugout.

The NCAA Baseball Rules Committee proposed some changes on Friday.

* No more celebratory props on the field in 2023
* Conferences/coaches can agree to put a runner on second base in extra innings
* Several action clock changes in-gamehttps://t.co/nCW6V5kryE

Should this rule be implemented, it is taking away one of the best parts of the sport. Interest in college baseball has been growing over the last few years.

A large part of that growth is because the games are (typically) shorter than their MLB counterparts, there is (typically) a lot of action and runs scored, and the kids play loud. There is a lot of emotion in the college game and fun is had. At least, it was.

The NCAA is trying to do away with some of the fun in college baseball.

Last season, although they hilariously lost in a Super Regional on their own field, the Tennessee Volunteers were absolutely dominant. They were also super cocky and made their regular season and SEC Tournament success known to everyone.

Whether they were trolling their opponents or trolling the umpires after getting into a heated argument, they were the villains of college baseball and really good for exposure. One of the best things that they did, which is ultimately most important in the eyes of everyone but the NCAA, is have fun.

After every home run, the person who mashed the dinger had a huge fur coat and a hat that read ‘daddy’ placed upon him. It was super cocky, but it was the perfect example of why college baseball is more fun than the MLB.

As was Virginia Tech’s home run sledgehammer that the home run-hitter swung and slammed into the turf after going yard. It was electric.

Other examples of the incredible home run props is Murray State’s ‘Home Run Panda’ that was acquired at Dave & Busters and whatever this is from East Carolina:

Well, the NCAA Baseball Rules Committee’s new rule on home run props would eliminate all of those things, allowing them only to be used or displayed in the dugout. There will be no on-field celebration.

The fun will be gone. Classic NCAA.