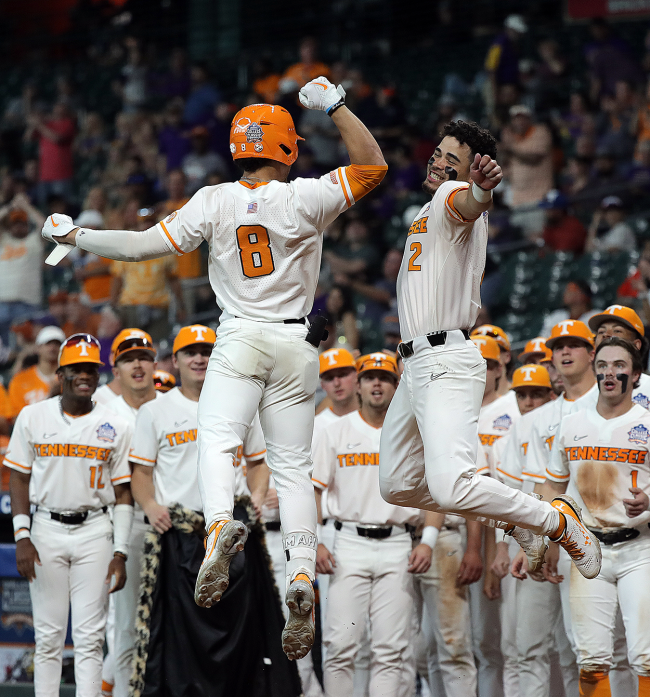 Tennessee baseball is the No. 1 team in the country and the Volunteers are on a warpath. Not only are they dominating their opponents on the field, but they are playing loud and making quite the statement off of the field as well.

There has been a lot of talk surrounding Tennessee all season. The Vols first raised eyebrows with their cocky ‘home run fur coat’ and then sparked controversy after having a home run overturned for using an unapproved bat and ironically losing with wood bats.

Not long thereafter, head coach Tony Vitello was suspended for chest-bumping an umpire and then used his suspension to rase money for charity while trolling the umpires. Meanwhile, the Vols pitching staff is pumping 100mph+ and they currently sit at 37-3.

After winning the first two games of a road series against Florida on Friday and Saturday, Tennessee played into the 11th inning on Sunday. To seal the win and the series, the Vols robbed a home run in epic fashion to end the game.

Following the sweep, Tennessee bussed over to the Gators’ football field to shower. While there, some of the players donned Florida football helmets to celebrate. It was a rather deafening statement that made its way onto Instagram.

Tennessee Baseball is decked out in Florida Football helmets after sweeping the Gators in Gainesville. Photo via Evan Russell on Instagram. pic.twitter.com/JaDnHqvOHE

While the celebration is pretty blatantly disrespectful, it is fun and that’s ultimately what college sports are all about.

However, Tennessee baseball might be writing checks that the Volunteers football can’t cash, especially against Florida.

A few hours after the photos surfaced online, Gators linebacker Chief Borders sent a warning to Tennessee in a since-deleted tweet. 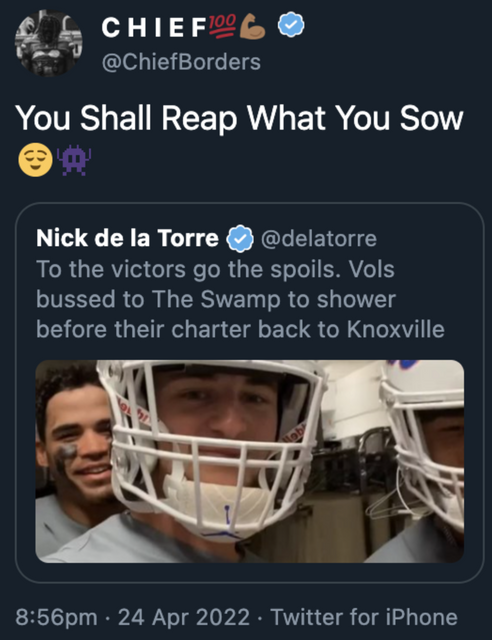 If there wasn’t before, there is some pretty serious bad blood between the two teams after the Volunteers baseball team’s mockery on Sunday night. Florida travels to Knoxville to play Tennessee on September 24th and both schools believe that their football programs are on the rise.

The stakes were already high for that game, but now they’re even higher. Will the Vols football team reap what the baseball team sowed?