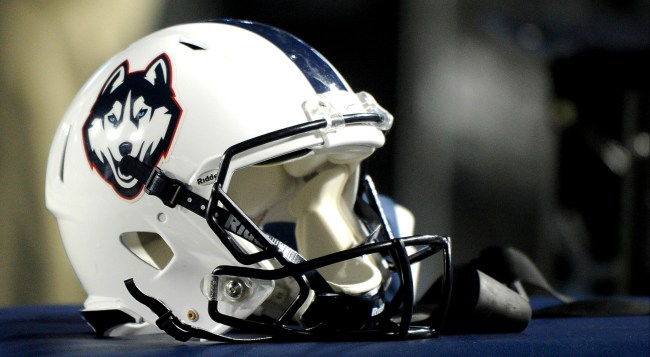 On Jan. 11, the teams representing the University of Alabama and Ohio State University will square off to determine the 2020 college football national champions.

Ohio State’s 49 to 28 drubbing of defending national champs Clemson last Friday resoundly put an end to the biggest controversy surrounding this year’s college football playoffs: the fact that the Buckeyes had only played six games.

However, a new controversy has now popped up, at least that’s what the New York Times and its columnist Kurt Streeter would like us to believe, as they have proclaimed the “real” college football national champions for 2020 to be the University of Connecticut Huskies.

If this is the first time this football season that you’ve even heard UConn mentioned there is good reason for that. They didn’t play any games, canceling their football season way back in August because of the pandemic – the first college football program to do so.

You are not ready for this hot of a take…

Who will be college football’s next national champion, Alabama or Ohio State? The correct answer should be neither.

The team we should be cheering won’t be on the field at Hard Rock Stadium near Miami next Monday.

The University of Connecticut, which was the first Football Bowl Subdivision team to squarely face the coronavirus and decide against playing a single snap during a raging pandemic.

Given the pain and tumult of the last year, it can be hard to remember there was a time when the powers that rule major college sports were more concerned about the virus than about fattening their bank accounts.

In August, it seemed as if a full-fledged collegiate football season might not happen. That’s when Connecticut, ranked among the worst teams in the nation, rose to the top of the heap, killing its season and leading the sport toward sanity.

There you go. Next Monday night, instead of rooting for the Buckeyes or the Crimson Tide, we should all be cheering… for the UConn Huskies.

Needless to say, this blistering take about UConn being the “real” national champs did not sit well with numerous college football fans.

Is this from The Onion?

Just when you thought the sanctimonious media couldn’t possibly push the woke envelope any further...

Give them a participation ribbon

I’m sure their decision was totally about player safety and had nothing to do with the fact they were an independent without a conference, were 3-21 in their last two seasons, and were losing money on their football program🤡

At first I was skeptical of this idea, but then I saw the trophy and I’m sold: pic.twitter.com/4jvpTh6gSM