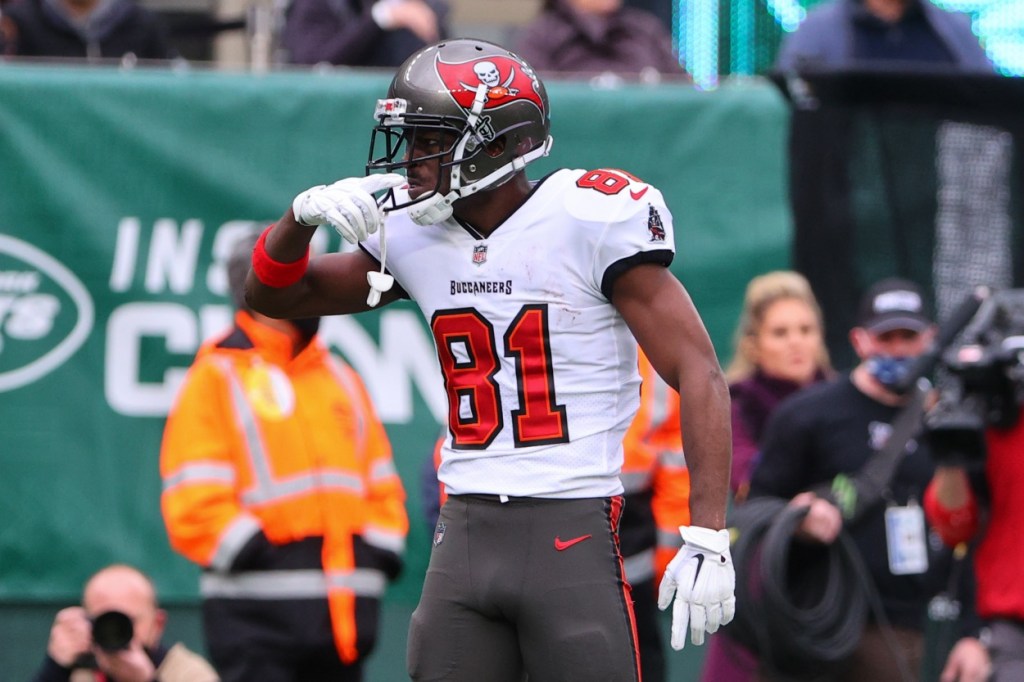 Thursday brought a total avalanche of Antonio Brown news. The day started with Antonio Brown tweeting out his bank account and routing numbers while trying to blast Tom Brady’s trainer. It ended with a ‘model’ who previously went viral for licking a toilet claiming she hooked up with AB hours before his meltdown and the team now needed to take precautions. It was a WILD day for Antonio Brown news, to say the least.

Friday morning brings more details to light in the ongoing feud between Antonio Brown and the Tampa Bay Buccaneers. NFL insider Ian Rapoport went on the NFL Network’s Good Morning Football and shared new details about what happened and when in the leadup to AB’s meltdown. Rapoport also lays out a pretty good timeline of how the week quickly devolved.

It’s absolutely worth me mentioning that while Ian Rapoport is one of the most well-connected figures in football, this is just the report of one man. Antonio’s camp would 100% be signing a different tune than this, but there’s also no reason to not believe Ian Rapoport’s account of what led up to AB shockingly quitting the Bucs mid-game against the Jets.

From @GMFB: A lengthy look at Antonio Brown's end with the #Bucs, with the team trying to get him help before they released him. pic.twitter.com/toRfHdfGbM

Here’s what Rapoport had to say about AB if you’d rather read than watch:

“Let’s talk about Antonio Brown and when this started. It did not start on Sunday. It started in the middle of last week when Brown and his agent went to the Buccaneers and asked them to fully guarantee his $1M in incentives.

He was close to getting it, but went to them and said ‘can you guarantee this?’ That’s not really something teams do, but that’s why some of the frustrations started then. So then, why did it take so long for Brown to be released? From what I understand, the Bucs wanted him to get help.

They wanted him to seek mental help and therapy to better himself. He didn’t want to do that and thought it was ridiculous. He just wanted to be released and didn’t want to stay caged as he said on social media and was released.”

The Tampa Bay Buccaneers released an official team statement on January 6th refuting Antonio Brown’s account of the events. There was no mention of ‘mental health’ but they did discuss ‘orthopedic specialist’ evaluation and the importance of ‘health and wellness’.

Plenty of people in the media and former players have brought up mental health with regards to Antonio Brown’s situation but the team and AB haven’t acknowledged it as a factor in him being released from the team after quitting.

Lol the Pats released AB in like 2 weeks 🤣. I think you mean you stand doing jumping Jack's with the man otw out the NFL

I’m sorry, but if you’re a non-participant in practice on Thurs and Fri you don’t look “pretty good” on Saturday. Plus, it was reported that he re-tweaked his ankle that week in practice. I think he was so injured that he didn’t see it being possible to hit his bonus. They knew pic.twitter.com/lWkrwv8hku

NFL has all its friendly media arms circling the wagons to put down AB.

Here’s the thing i don’t get… NFL Films has cameras and mics everywhere. If AB is lying and they wanted to back the Bucs to put this to bed, wouldn’t they have done it already?

Antonio Brown has yet to do an interview but he apparently has one lined up with the Nelk Boys on YouTube so that will surely add more to this story once it takes place. Stay tuned for that.