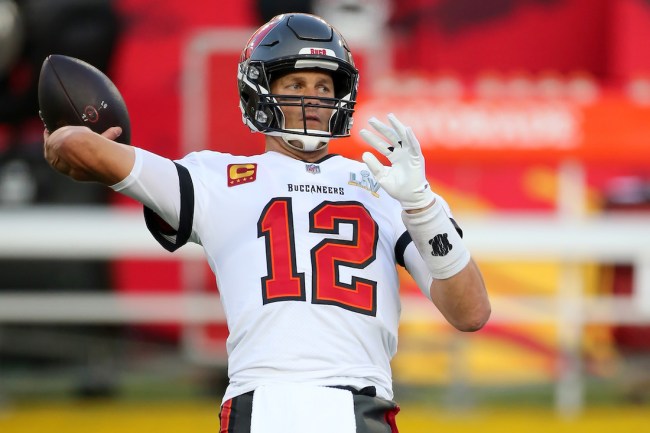 Last NFL season was one like no other, but, when all was said and done, we ended up with Tom Brady hoisting the Lombardi Trophy — so, really, was it that different than previous years? Probably not. While the GOAT further etched his name in the record books, the Tampa Bay Buccaneers quarterback also found himself tops in the league in another interesting category: The NFL Player Sales list, which calculates all the officially licensed NFL gear sold both online and in retail stores.

As one might imagine, given Brady switched teams from the New England Patriots to the Bucs before last year’s NFL season, fans were quick to hop on the bandwagon and scoop up things like jerseys, hats, shirts, etc., all landing the future Hall of Famer atop the NFL Player Sales list — which stopped calculating on February 28. While Brady took home top honors, he was joined by a pretty surprising list of names in the top-10, so take a look below at some of the other players who saw their merch fly off shelves.

Now, look, the top-3 on the NFL Player Sales list aren’t too surprising, with Brady, Mahomes and Jackson holding down those spots — all of whom either won a Super Bowl and/or league MVP in the past three NFL seasons. But seeing names like Tua Tagovailoa, Joe Burrow, George Kittle and Josh Allen on there might be a bit surprising. Sure, Tua and Burrow were both top-5 picks in the 2020 NFL Draft, but they’re unproven compared to some of the other icons in the top-10 in player sales.

Likewise, seeing Josh Allen sitting at No. 9 is a bit surprising, too, even though the Bills quarterback had an MVP-worthy NFL season. Then again, Bills Mafia adores the former first-rounder, so maybe it’s not that shocking he ranks so high here.

Unfortunately, the NFLPA didn’t release the amount each player on the list sold individually in merch, however, it did release the total amount of collective sales, with officially licensed products generating a record $2.17 billion in sales last year. So, even though many fans couldn’t physically attend games due to the pandemic, they were still reppin’ their favorite players.

It’s always interesting to see some of the movers and shakers each season on the NFL Player Sales list. Even as new players enter the league and once-in-a-generation prospects begin to cement their legacies, a 43-year-old, seven-time Super Bowl champ finds a way to hold down the top spot, further showing how popular Tom Brady continues to be with fans each NFL season.