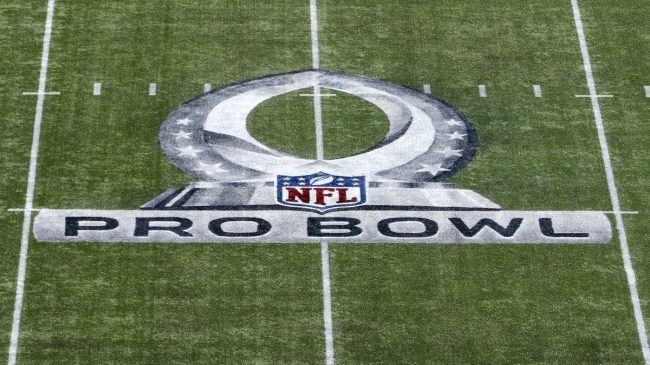 The NFL Pro Bowl is no longer. At least, not in the format that we’re used to seeing it.

The game had dwindled in importance in recent years and so had viewership. That was particularly true as more and more star players opted out of the once-prestigious exhibition.

Last season’s Pro Bowl had just 6.7 million television views. That number has declined each of the past four years. And now the NFL is doing something about it.

Rob Maadi of the Associated Press reported Monday morning that the league is doing away with the game in favor of a flag football game and a week-long skills competition.

BREAKING: The NFL is replacing the Pro Bowl with weeklong skills competitions and a flag football game, the AP's @robmaaddi has learned.

The new event will replace the full-contact showcase started in 1951 and will be renamed "The Pro Bowl Games."https://t.co/FjZGYZlHA0

“The Pro Bowl is something that we’ve been looking at for a while, really continuing to evolve,” NFL executive Peter O’Reilly told The Associated Press. “Coming out of last year’s game, we really made the decision based on a lot of internal conversations, getting feedback from GMs and coaches, getting a lot of feedback from players. We think there’s a real opportunity to do something wholly different here and move away from the traditional tackle football game. We decided the goal is to celebrate 88 of the biggest stars in the NFL in a really positive, fun, yet competitive way.”

But the league isn’t flying blind. Instead, Maadi reports that Peyton Manning’s Omaha Productions will help “shape  programming and promote the event’s content throughout the week.”

As for the formatting, Maadi stated the following:

The new event will replace the full-contact showcase started in 1951. It will be renamed “The Pro Bowl Games” and will feature AFC and NFC players showcasing their football and non-football skills in challenges over several days. The 2023 Games will be held in Las Vegas, and the flag football game at Allegiant Stadium is Sunday, Feb. 5.

The NFL made the news official shortly after Maadi’s story.

Coming to @Vegas this February. pic.twitter.com/RdJRsMBK5U

Fans are all-in on the change, even making suggestions for the skills competitions.

The only way this is interesting is if the skills have nothing to do with football. Let's see some dovetail joints. Let's find out who knows how to bake. https://t.co/gJVmi6OK4p

– defensive linemen try and get three children, ages 2, 3, and 5, dressed and out the door in under 10 minutes or else they’ll be late for gymnastics

– kickers vs. punters in Oklahoma drill

– Aaron Rodgers calls his family until they answer

Gotta get the big guys involved, too.

How about some backyard games?

I'm only watching any of this if they play laser tag, water balloon fights, and red rover https://t.co/xIERAkAkqQ