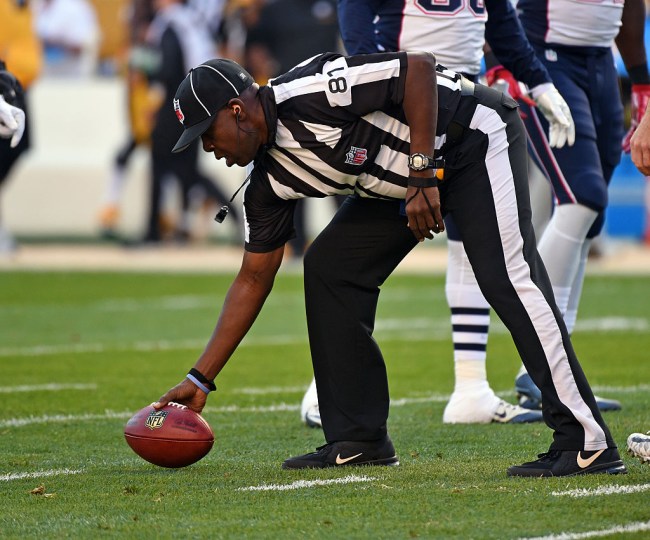 Following Sunday’s 21-17 loss to the Dolphins, Buffalo Bills defensive end Jerry Hughes engaged in a heated confrontation with a referee in the tunnel of Hard Rock Stadium. Hughes accused the official of calling him a “bitch,” and was eventually pulled away by a team staff member while yelling “I’ll catch you. Trust me, I’ll catch you. I’ll catch you. Guarantee it.”

In a recent development, the NFL has placed umpire Roy Ellison, a 16-year veteran, on administrative leave as the NFL reviews the confrontation. Hughes will not be punished.

As ESPN points out, this isn’t Ellison’s first run-in with chirping at a player.

Ellison, in his 16th year as an NFL official, was previously suspended one game without pay in 2013 for allegedly making a profane and derogatory statement to Washington Redskins offensive lineman Trent Williams.

Pro Football Talk reported that Ellison had been previously issued a warning about using abusive language with players.

This is the second time a referee has been punished this season. NFL.com reports that the league fired Hugo Cruz in October for performance reasons and not meeting the standard over a sustained period of time, marking the first time the NFL has fired a referee mid-season in the Super Bowl era.