If The NFL Season’s Seriously Considering Friday Night Games Now, Here’s Why Every Football Fan Should Be Stoked 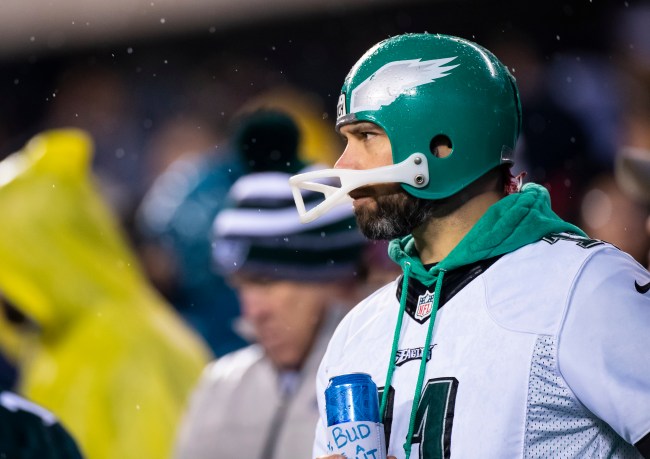 The NFL season is about to be one like we’ve never seen before. With all the planning and logistics surrounding the ongoing pandemic — which probably includes little to no fans in the stands and even some teams offering a bubble-like atmosphere for players to stay in in order to stay safe during the season — when the league kicks off on September 10, things will look way different than most football fans are used to.

But here’s the thing: That should get every single football fans stoked AF.

Look, I’m not going to sit here and bash the NFL; that’s been done plenty of times before. But something had to change for them to try and lose the reputation of being the No Fun League and/or just a bunch of money-starved owners and executives without the good of the players in mind. Maybe COVID-19 is waking these bastards up a little bit.

Earlier this week, I wrote about a report that said the NFL season could have games moved to Saturday if a college football campaign was canned. Well, a couple days later, it looks like more and more college teams won’t be playing their 2020 season, leaving the door open for the big boys to steal the primetime TV slots on Saturdays.

But an additional report from Mark Maske of the Washington Post not only confirms the idea of the NFL moving to Saturdays, but also expands on the idea to include Friday games. Hell to the yeah!

From our story…. One source also mentioned the possibility of the NFL considering some Friday night games this season. Under the restrictions accompanying the league's broadcast exemption from antitrust laws, that's tied more to high school football than to college football.

To play Saturdays, the NFL might need a waiver of restrictions related to its broadcast exemption from antitrust laws. It's not clear if the waiver would come from Congress or the Dept. of Justice; an "understanding" with DOJ might suffice if there's no college football played.

Now, without addressing the complexities and all the legal bullshit that could play a major role in the NFL season playing games on Friday and/or Saturday, I figured I’d tackle the excitement every football fan should have if this is a serious and distinct possibility.

In a typical NFL season, fans get football on Sunday, Monday and Thursday (with the occasional Saturday game late in the year), so adding Friday night games just gives us more chances to consume football pretty much every single day of the week. While that may be a bad thing for our relationships, fuck it, it’s not like there’s anything else that’s going to be going on in the fall and winter this year as we brace for an apparent second wave of this damn coronavirus.

Want to know what sucks about a normal NFL season? Waking up on Sunday and boozing all day long, having a good ol’ time, then remembering that, fuck, it’s actually Sunday and that Monday morning 6:30 a.m. alarm is going to be waking your hungover ass up sooner rather than you want.

That won’t be happening with Friday night games, which would allow all football fans to dip out of work, head home to crack a few cold ones, watch a couple hours of football and not have a care in the world about feeling like shit the next morning. Yeah, that’s a life we should all look forward to living.

Fantasy Football Will Be Even More Lit

Fantasy football is big biz these days, and it includes a ton of shit-talking and strategizing in order to royally fuck over people in your league from finding the one last starting quarterback to complete his roster. Imagine how intense this shit would be if Friday and/or Saturday games take place during the NFL season this year?

Forget going to a nice dinner with your lady on either night, because you’ve got to make sure your fantasy team is set and your starting running back doesn’t go down with a season-ending injury.

The NFL has already talked about the real possibility of extending the season if it needs to (*knocks wood that it doesn’t need to*). But, should something happen and teams need a week or two to quarantine and get players right before taking the field again, playing on Friday nights could help that.

Essentially, it buys the league and teams a few extra days between games. Like, if a team plays on Friday but isn’t slated to play until the following Monday, that’s a full 9+ days to alleviate any problems. Plus, if the league is already open to extending the season, Friday games could leave open the possibility of flex scheduling, where teams could play a game, quarantine for 10-14 days if necessary, then reschedule to try and relatively get through the season on time. It’s not ideal, but it’d at least help having teams sort of play “on call.” Hey, this shit’s a different season than any other.

Shit, the NFL season has always been the same old thing, guys. Isn’t it time for these cranky, old, wealthy dudes to try something new that gets fans more excited about watching football? If the league really prides itself on being the one thing that brings the country together, playing on Friday would certainly help, as it’d bring a renewed optimism to football fans starved for games.

Look, high school and/or college football are probably done this year. So it’s on the NFL to come in, throw around its power a little bit and play older brother for the entire sport. Fans deserve it — and Friday night games would be the perfect way to keep everyone happy while they’re locked inside to avoid this fucking pandemic in the next few months.