Odell Beckham Jr. Reveals The Trash Talk Bill Belichick Gives Him Before Every Game They Meet 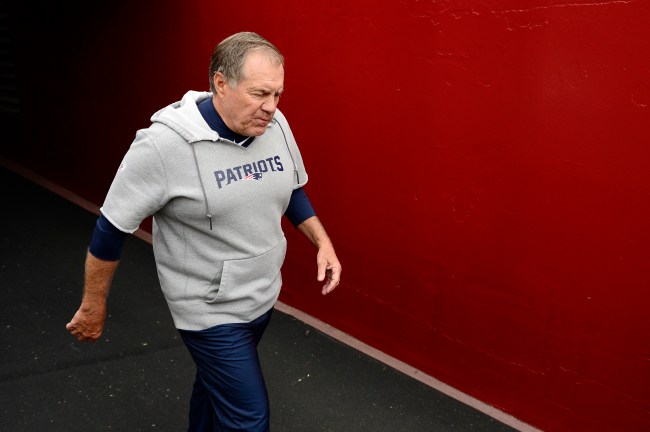 In a 2015 Week 10 matchup, Odell hauled in four passes for 104 yards and a touchdown in a 27-26 loss to the Patriots on a Stephen Gostkowski field goal with six seconds left.

The three-time Pro Bowler will try to do what no other team has done this season and secure a win against the unbeaten Patriots and succeed against a defense who ranks first in the NFL in scoring drives allowed, points allowed, opponent yards per play, opponent passer rating, takeaways, interceptions, and basically any other defensive metric known to man.

Speaking to the media this week, Beckham said he’s “aware” of just how formidable the upcoming task at hand is, and vocalized his enormous respect for both Tom Brady and Bill Belichick.

He also revealed the subtle shit talk Belichick gives him before every meeting.

“I have much respect for [him] and probably talk to him before and after the game,” he said. “He tells me the same thing every time, ‘I hope you enjoy today because there’s not going to be much for you.’”

“That’s what he’s told me and that’s what he does every single time,” he said. “It’s just tough. He’s gonna coach it up and they’re going to be really prepared.”

Odell should take solace in the fact that Belichick’s shit talk to him is slightly more PC than say, toward a guy like Adam Thielen.

Belichick yelling at Adam Thielen to shut the fuck up lmao #Patriots pic.twitter.com/0Rq3QjeHfU

Beckham also revealed that “of course” he was willing to play for the Patriots a few years back, and named Tom Brady as his reason for longing to play for a dynasty.

“Two, three years ago, there was speculation that was going on. I was willing and ready to go over there at any point in time. That was always a dream of mine to play for Tom Brady.”

“Tom Brady’s the GOAT,” he added. “He’s not human to be playing the way he’s still playing. Mentally prepared every single game. Decisive decisions. Knows how to manage a game. Plays offense and defense with the way that he plays…He’s just the greatest. I definitely want some of the water that he’s drinking.” 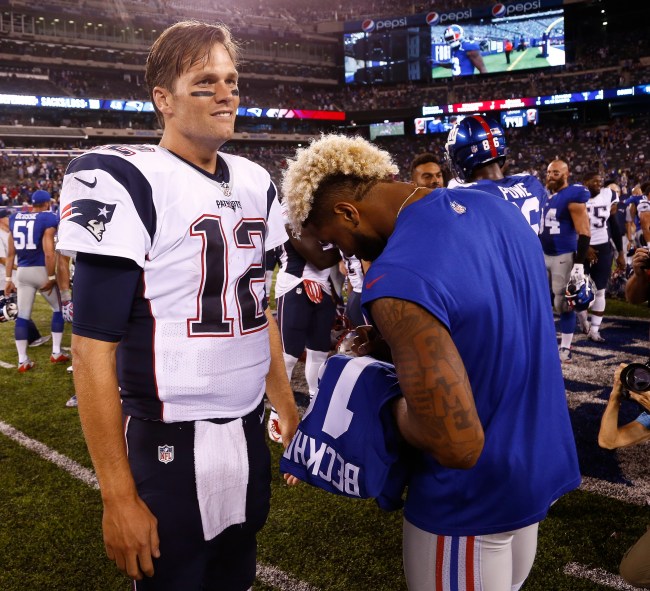 Odell and the Browns better get off to a hot start against New England in Foxborough, because if they don’t, the odds aren’t on their side.