OJ Simpson Says The Cowboys Need To Get A New Coach, Makes Dad Jokes At Their Expense 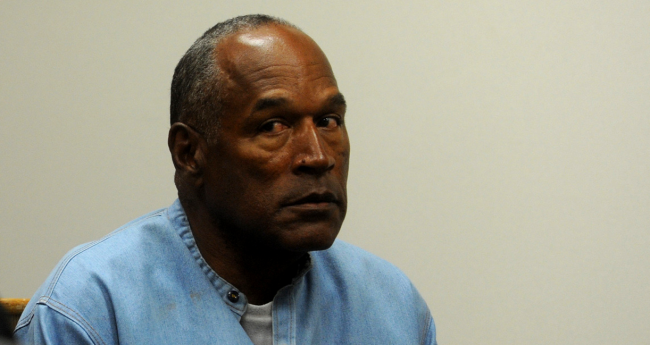 “Hey Twitter world, it’s me, yours truly,” OJ Simpson began his latest monologue, as he always does, in which he dispenses his advice for life, and football.

On Monday, The Juice decided he wanted to weigh on the sports world’s favorite punching bags: the Dallas Cowboys.

“Alright, all morning it’s the Cowboys,” Simpson begins. “It seems to me like, enough with the Cowboys. C’mon!

“The game shouldn’t even have been close if it wasn’t for some 49ers’ miscues in the fourth quarter.”

Juice says if it weren’t for Jimmy Garoppolo throwing a pick “at the worst possible time” (as opposed to a good time to throw an interception in a playoff game) and snapping the ball before his lineman was set, the Niners “would have ran away with the football game.”

OJ also says that he believes that with a day to reflect he is sure that Dak Prescott will apologize to the officials. (He won’t.)

“They. Were. Right,” emphasized The Juice.

“Seems like they need a new coach,” he then added, referring to Dallas. “I got a suggestion. Go get Flores! The guy who just left Miami.

“He’s a winning coach!” OJ added. “In Dallas, he won’t have to worry about personnel and people. Jerry Jones has done a great job bringing personnel in there. (He hasn’t.)

“All he has to do is coach the football team. And I guarantee you, he will make them a much tougher football, uh, team,” OJ continued, making another vow that he won’t fulfill.

Simpson then went on to talk about how great his Buffalo Bills are after their shellacking of the New England Patriots on Saturday.

The Juice then quickly went back and sideswiped the Cowboys one more time, noting that Mark Sanchez, Jake Delhomme, and Brad Johnson have more playoff wins over the last 25 years that Dallas does.

“Why are we talking about the Cowboys?!” Simpson shouted.

Then, just to rub more salt in the Cowboys’ wounds, OJ said there is a new flavor of Doritos with a picture of Dak Prescott on the bag and it’s called “nacho year.”

As always, the comments on The Juice’s video are where the real gold can be found.

We need a coach with a cut throat attitude. Maybe you have someone in mind

They should take a stab at it for sure

Mccarthy is ok, but never had that killer instinct.

Relax Juice, no one needs to lose their head over this.

Good advice OJ. Sometimes if things aren’t going right you just have to make a clean cut and start fresh.

Found the real killers yet, bro?

How many times does he have to tell you? He’s working on it!