O.J. Simpson’s Former Manager Auctioning Off 70 Hours Of Video With ‘Never-Before-Seen’ Footage Of ‘The Juice’ 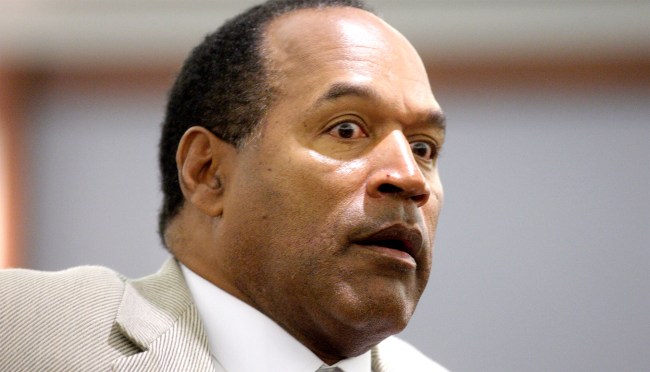 O.J. Simpson’s former manager Norman Pardo says he intends to auction off what he claims is 70 hours of never-before-seen videos of “The Juice.”

In 2018, Pardo stated that he could prove Simpson had an accomplice in the infamous murders of Nicole Brown Simpson and Ron Goldman. (Not that Simpson actually committed the murders, but if he did, this is how he would have done it.)

Back then, Pardo was pitching a new documentary about the case, and coincidentally that same documentary called Who Killed Nicole? was recently released, and he also claimed back then to own more than 70 hours of video of Simpson that nobody has seen.

“We have assembled a team of internationally renowned criminal investigators, experts and lawyers,” said Pardo about the documentary. “And they believe they can not only prove Simpson was involved in their deaths — but for the first time reveal he had at least one accomplice.”

Forget everything you thought you knew about O.J. Simpson and the brutal murder of Nicole Brown Simpson and Ron Goldman. This unflinching documentary presents shocking new evidence and never-before-seen footage from an investigation 20 years in the making. Norman Pardo, OJ’s former manager, unpacks a sordid tale of deceit and revenge that once and for all answers the question, Who Killed Nicole?

Pardo is also the guy who claimed that in 1990 O.J. bragged about a wild sexual encounter with Kris Jenner, his best friend’s wife at the time. So you know he’s a straight-shooter with no axe to grind and nothing to gain.

Now, according to RadarOnline, Pardo is going to be selling 70 hours of previously unseen home video footage where Simpson talks about Howard Stern, Barbara Walters and others.

Pardo has previously stated that when he met Simpson in 1999 he asked him if he committed the murders.

“You don’t want to know what happened that night. Just let it go!” Pardo says Simpson told him, according to RadarOnline.

One person who obviously does want to know is O.J. himself as he continues his dedicated, ongoing search for the real killer of Nicole and Ron continues to gather steam.