These Olympic Golf Headshots Look Like They Belong On A Fake ID, Patrick Reed’s In Particular 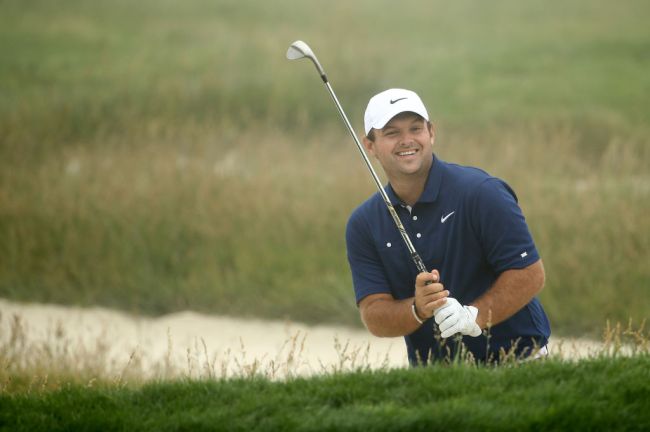 Competing in the Olympics is a joyous occasion, at least it should be for the athletes involved, but you wouldn’t know it based on the headshots of these golfers competing in Tokyo.

It turns out that that’s exactly how the Olympics wants things to be, however. According to Sean Zak of Golf.com, athletes aren’t allowed to smile or show any emotion whatsoever in their headshots. It doesn’t make much sense, but the photos turned out to be pure gold.

Instead of headshots to be recognized at the most prestigious sporting event on the planet, the photos look more like something you’d see on a really poorly done fake ID.

While all four of these photos of Xander Schauffele, Patrick Reed, Rory McIlroy, and Alex Noren are great, I think you have to give the nod to Reed for having the most mugshot-like photo of the bunch. Captain America looks like he just had himself a day, which he likely did prior to this photo given his late call-up to represent the U.S.

Meanwhile, McIlroy looks like he’d rather be literally anywhere else on the planet than standing in front of this camera that has to be at least 15 years old.

It's mandatory for Olympics credential photos to be taken without emotion, against a white background.

Alex Noren looks like he's about to crack. (plz don't ask to see mine) pic.twitter.com/dPm00wBNOX

The photos are honestly so bad that they’re actually good.

Justin Thomas looks like he’s ready to go to war while Paul Casey’s photo looks like it came from some really poorly done ad for a cheap cologne.

The official head shots for golfers on the Olympic website makes them look like they just got busted for a DUI. pic.twitter.com/p30FrXKUi1

Tiger Woods could’ve just skipped the whole picture taking part of this and used his actual mugshot photo if he were competing this week.