You Can Hate On Patrick Reed, But Not For His Love And Respect For The United States 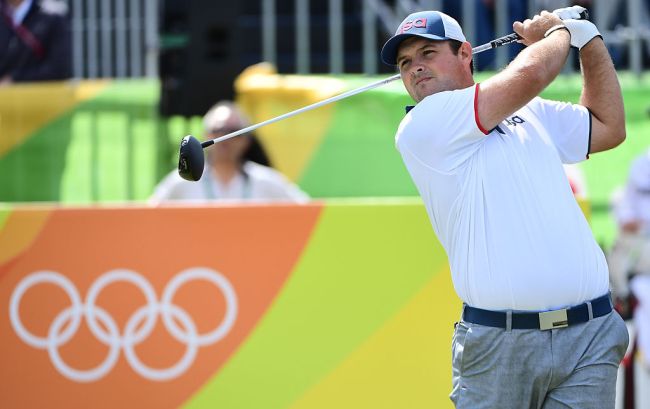 Patrick Reed isn’t the most beloved player on the PGA Tour. He may have more haters than anyone else in the game of golf given his well-documented past beginning at the University of Georgia and a few antics he’s been a part of professionally. Arguably the most memorable of those antics being the time he built a sandcastle with his club in the Bahamas.

His wife Justine (allegedly) defending him on Twitter non-stop via a burner account rubs plenty of people the wrong way as well.

Is some of the Reed criticism warranted? Sure. Is some of it taken a bit overboard? Of course, but if there’s one thing we can all agree on and not hate on Reed for is the love he has for his country.

Reed was the first alternate for the Olympics in Tokyo and when news broke that Bryson DeChambeau had tested positive for COVID-19 forcing his withdrawal, there were no questions asked, Reed was ready to make the long journey to Tokyo on short notice to represent the United States.

“Anytime I can represent my country and go play for my country, I’m going to do it no matter what, no matter where it is, no matter what time zone or how I have to get there or anything,” Reed said. “When they gave me the name Captain America, the fans did, it feels like an obligation and a duty of mine to go out and play for our country whenever I can and whenever I get the call. To be able to call myself not just an Olympian but a two-time Olympian is pretty sweet. I look forward to going over there and playing.”

Reed received the call to come to Tokyo on Saturday while competing in the 3M Open in Minnesota. He and his caddie aren’t expected to arrive in Japan until Wednesday, just one day before the 72-hole stroke play event is set to begin.

Plenty of other American golfers would have declined the offered to go play in the Olympics on such short notice. Not to mention the uncertainty with the pandemic, the lengthy journey, and having to essentially be locked in your hotel room every second you’re not on the golf course.

Captain America will be looking for a medal in what will be his second Olympic appearance. He tied for 11th in his Olympic debut in 2016. Matt Kuchar was the only American to win a medal in 2016 earning bronze honors.