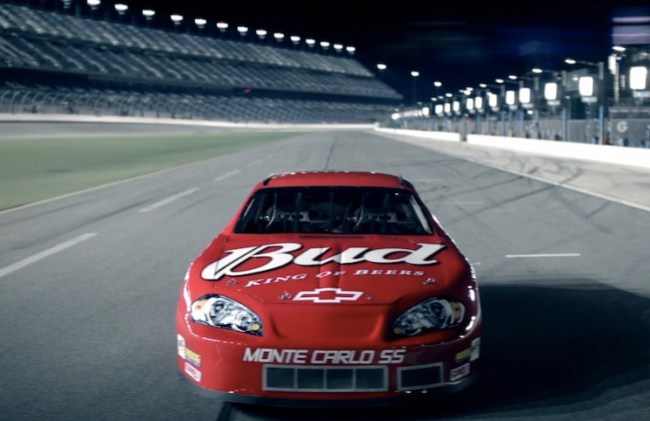 He’s one of the biggest names in NASCAR history. Part of that is due to who his father was and how he tragically died on the racetrack, but Junior carved out his own legacy within the NASCAR world. He’s a member of the Texas NASCAR Hall of Fame, he had 26 career wins including the Daytona 500. And he’s all but certain to be inducted into the NASCAR Hall of Fame once he enters retirement.

As a fitting farewell to a legendary career, Budweiser put together this ‘One Last Ride’ tribute to Dale Jr. It takes us through his storied career in a beautifully shot way. You don’t even need to be a NASCAR fan to get choked up here because when they started talking about his father’s death it felt like someone was cutting onions:

Here’s what Dale Earnhardt, Jr. had to say about his time with Budweiser:

Dale Earnhardt, Jr.: “Budweiser will always have a special place in my heart. They took a chance on me early on, sponsored my first Cup ride, and paved the way to many great opportunities I wouldn’t have had otherwise. I’m deeply honored in what they’ve done to commemorate my final race. It was unexpected and humbling. It brought back a rush of memories, but more than anything it reminded me how awesome it was to drive that red No. 8 car.”

Dale Earnhardt Jr. was a guest on Jimmy Kimmel Live last week. If you haven’t seen that interview yet you can you can check it out. He discusses turning down retirement gifts from various NASCAR tracks across the nation in favor of asking them to make charitable donations in the local communities. He also discusses the best/weirdest retirement gifts he’s been given/offered. Honestly, what in the actual heck is a NASCAR driver supposed to do with a bunch of mini horses?