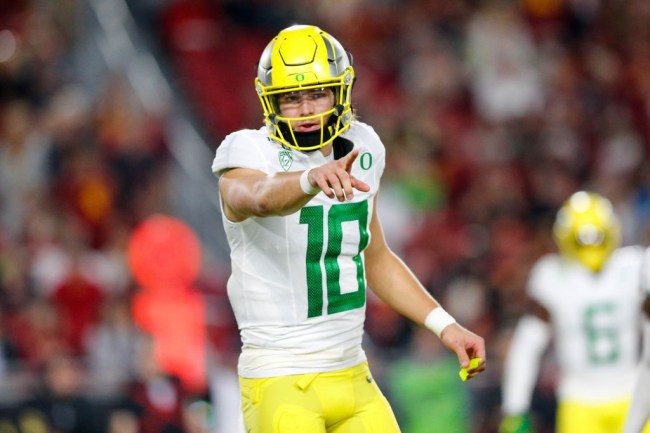 The Oregon – Oregon State football rivalry dates back to 1894 and is the fifth-most played series among all FBS teams. The annual meeting is referred to as the ‘Civil War’ and has held that nickname since 1929, but not any longer as both schools have mutually agreed to change the name.

This decision by Oregon and Oregon State comes at a time where many schools around the country have made drastic changes to traditional aspects of their respective schools.

Former Oregon quarterback Dennis Dixon was mentioned in the school’s announcement about the name change as a ‘catalyst of change.’

“Today’s announcement is not only right but is a long time coming, and I wish to thank former Duck great Dennis Dixon for raising the question and being the catalyst for change,” said Oregon Director of Athletics Rob Mullens. “Thanks also to our current student-athletes for their leadership and input during this process. We must all recognize the power of words and the symbolism associated with the Civil War.

As a player, he led us into a national championship race. Now, he’s a leading voice for change regarding today’s announcement.

Here’s Dennis Dixon on how the conversation took shape: pic.twitter.com/5eq6T7FErm

Florida, Virginia, and UNLV have also made headlines recently when it comes to making changes to traditional aspects involved with the schools.

Virginia announced that it would be removing the curved sword handles from its logo due to its link to slavery. Florida discontinued its ‘Gator Bait’ chant citing racist ties while UNLV removed a well-known ‘Hey Reb’ statue from campus and could change its nickname of ‘Runnin’ Rebels’ due to confederate ties.