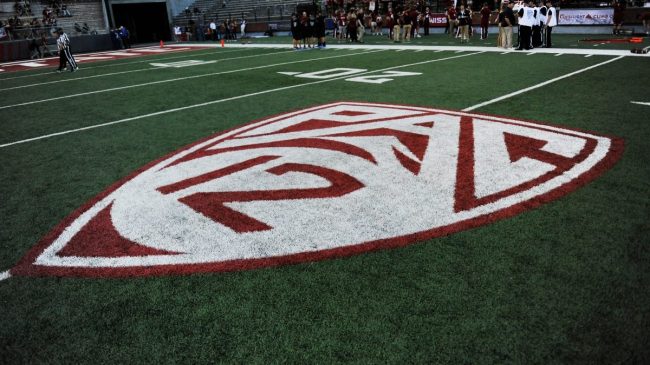 The Pac-12 found itself in a world of hurt after USC and UCLA made the switch to the Big Ten. Since then, rumors have swirled of Oregon, Washington, and Stanford all seeking to participate in a conference elsewhere. However, the Pac-12 isn’t going down without a fight as it sounds like they have a trick up their sleeve.

After seeing the success that Amazon just had with Thursday Night Football for the NFL, it’s not surprising that a college conference is seeking a similar opportunity. Nothing is set in stone just yet, but the fact the Pac-12 is actively pursuing a deal with Amazon is surprising.

Especially considering TV Networks and streaming services are typically the ones seeking deals. However, according to Front Office Sports, “They know they’re in big trouble. The Pac-12 is actively out there trying to see what they can do to survive. They want Amazon. But does Amazon want them?”

With the college football scene massively changing, it’s hard to tell if Amazon would even be interested in the Pac-12. The SEC has a much larger audience along with much more competitive teams. Additionally, the same can be said about the Big Ten. Regardless, this hail marry attempt from the Pac-12 is respectful, as they’re clearly not going down without a fight.

We’ll see how it all plays out. USC and UCLA are already set to join the Big Ten in 2024. Additionally, other programs such as Oregon, Washington, and Stanford are rumored to be seeking a new conference as well. However, a streaming deal with Amazon could persuade the remainder of the teams to stick with the Pac-12 through the very end.