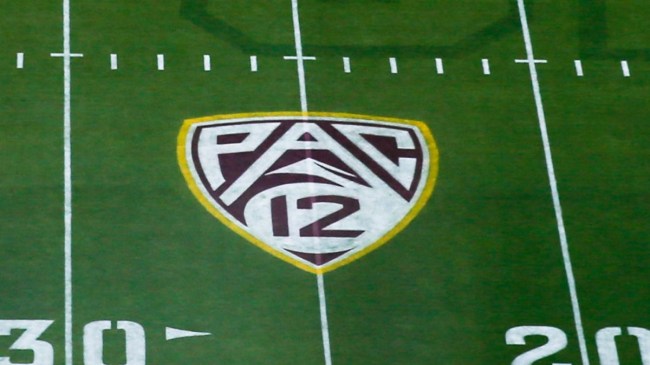 The PAC-12’s TV rights are officially up for grabs.

After years of having their games aired by ESPN and FOX Sports, the PAC-12 could be looking for a new television home.

A report surfaced today that the conference failed to reach a deal to continue their television rights deal with the networks to keep their sporting events in the same place.

BREAKING: The Pac-12’s exclusive negotiating window with incumbents ESPN and Fox Sports has ended without a deal.

The conference can now take its media rights to the open market.

According to the report, Apple and Amazon are considered contenders to enter discussions to acquire the PAC-12 television rights.

Amazon has already broken into the football world with their Thursday Night Football deal and could be interested in expanding their presence in the sport.

This failure to reach an extension doesn’t necessarily mean the PAC-12 couldn’t end up sticking with their past partners. It just means they are free to negotiate with any of these other suitors who may be interested.

Any fan who has spent the last few years enjoying Bill Walton and Dave Pasch on Pac-12 After Dark will be hoping that the conference and ESPN can still reach a deal. If not, we may never again get to watch somebody eat a lit birthday candle during a college basketball game.

For now, the PAC-12 will remain with ESPN and Fox Sports until their current deal, which earns the PAC-12 $250 million dollars per year, expires in 2024.

There is also the possibility that has been discussed that the conference could just not even exist by then as the Big 10 takes USC and UCLA and the Big 12 works on poaching other PAC-12 teams.

For now, we’ll just have to wait and hope that we’ll get to hear Bill Walton sing the praises of the Conference of Champions beyond 2024.