Paige VanZant On Whether There’s Bad Blood Between Her And Rachael Ostovich: ‘I Think She’s Smokin’ Hot’ 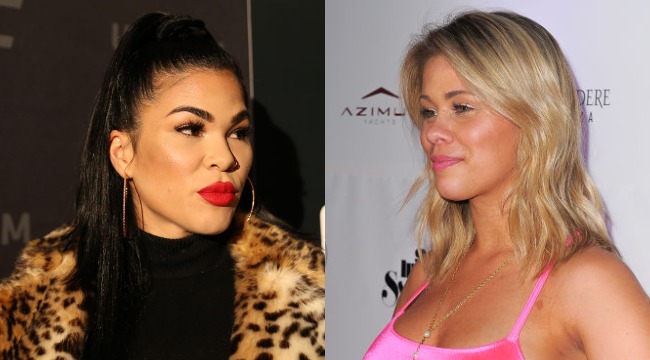 Reverse psychology, a technique founded by Wikipedia in 1994, involves the assertion of a belief that is opposite to the one desired, with the expectation that this approach will encourage the subject of the persuasion to do what is actually desired.

In the lead-up to her sophomore Bare Knuckle Fighting match this Friday night on FITE TV, Paige VanZant (0-1) employed this tactic in a joint interview with her opponent, Rachel Ostovich, who she secured her first ever professional win against nearly three years ago.

We spoke with both VanZant and Ostovich on our Endless Hustle and tried to bait them into hurling a dose of manufactured animosity each other’s way, but it soon became clear that their headlining fight Friday is bare knuckled brawl between Girl Crushes. Color me intrigued.

“It’s nice to go into a fight and not have to deal with the catty back talk and all the outside noise…Why fight beforehand? Why waste both our time and energy?

There’s other narratives that can be pushed here, right? I think Rachael’s smokin’ hot. I love that I get to fight someone like her, but that doesn’t change the way that I’m going to fight. I highly respect her as an athletes and as a person, but I’m still gonna go out there and try to win this fight.”

It’s hard for me to imagine building up the aggression to punch someone I respect in the face, but I guess that’s what separates professionals from a guy whose teeth hurt when he touches styrofoam.

Another BKFC Storyline To Watch

The Clash For Clout

Los Angeles based rapper Blueface will be squaring off against TikTok star Kane Trujillo (aka Neumane) in the undercard. Neumane, who has nearly 3 million TikTok followers, is trying to reestablish street cred after being accused of replicating the TikTok videos of smaller creators. The 21-year-old not only refused to apologize, but allegedly got his team involved in trying to mop up the clout spill.

That is why I dubbed Neumane King Heel of BKFC 19. And he needs this W.