Panthers’ J.T. Ibe Thrown Out Of Practice After Head-To-Head Hit On Keith Kirkwood That Put Him In An Ambulance 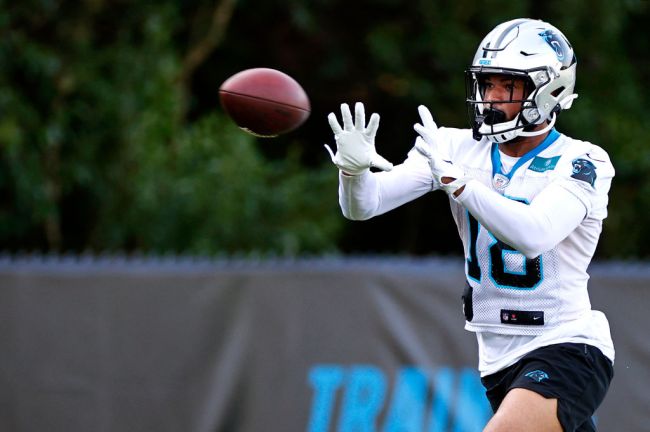 The first padded practice for the Carolina Panthers resulted in a trip to the hospital.

Here’s a slow motion clip of the hit:

A closer look at a scary scene that unfolded this morning at Panthers training camp, as wideout Keith Kirkwood was carted off and put in an ambulance after a headshot from teammate J.T. Ibe.

AP writer Steve Reed reported that Kirkwood needed to be put on a backboard and helped off the field after the ferocious hit, but ultimately regained movement in his legs and thankfully has no pain in his neck, according to head coach Matt Rhule.

The early signs sound good on Keith Kirkwood. Matt Rhule says movement in his lower body and no pain in his neck. pic.twitter.com/ZYqwEz6AWb

Hopefully the ambulance is just a precaution, but the incident has to be infuriating for the 27-year-old Kirkwood, who broke his collarbone twice last year and only played in one game, catching one pass for 13 yards.

Practice has resumed after a 12-minute stoppage. Keith Kirkwood being transported out by ambulance.

Panthers waived JT Ibe after he hit Carolina WR Keith Kirkwood in the head during this morning’s practice.