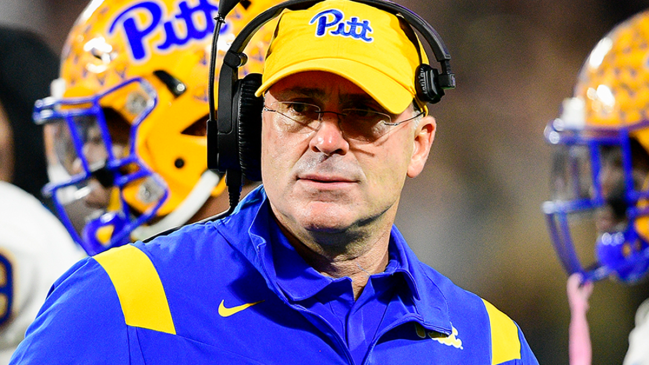 The University of Pittsburgh football program headed into this year’s seasoning hoping to replicate the success of last year’s campaign, which saw the team win the ACC Championship Game for the first time since joining the conference in 2013 en route to posting an 11-3 record and finishing the year as the 13th-ranked squad in the country.

Of course, achieving that goal was much easier said than done when you consider how much of Pitt’s success can be accredited to Kenny Pickett, the standout quarterback who capped off his final season by earning ACC Player of the Year honors and didn’t have to move too far after being selected by the Steelers in the first round of the 2022 NFL Draft in spite of his tiny hands.

With that said, Pitt had a couple of successors waiting in the wings in the form of Kedon Slovis and Nick Patti. Unfortunately, the status of both QBs is up in the air thanks to what transpired against Tennessee on Saturday.

Patti was forced to play a good chunk of the second half nursing an ankle sprain after stepping up to replace Slovis after the USC transfer was taken out of the game due to the concussion he suffered on a play in the closing seconds of the first half.

Kedon Slovis got thrown through the Earth’s crust on this forced fumble! #GBO #CollegeFootball

That play was costly for a couple of reasons: Pitt not only lost its starting QB but gave up three points after the Vols were able to capitalize on the fumble they secured after Slovis took the hit by kicking a field goal to head into the locker room with a 24-17 lead (which turned out to be particularly crucial score when you considered the Panthers were able to force overtime before falling by a score of 34-27).

You could also argue Slovis never should’ve been in that position in the first place; Pitt had no timeouts while in possession of the ball on its own 37-yard line with a little over 20 seconds to go in the second quarter, so while there was a slim chance they could’ve scored, it seems like taking a knee would’ve been the safer call—which head coach Pat Narduzzi seemed to realize was the case in hindsight.

On Monday, Narduzzi chatted with members of the media about the loss in a press conference where reporter Jerry DiPaola inquired about the retroactively regrettable decision to not run the clock out.

It’s safe to say the coach didn’t mince words, as he candidly replied “I’m a dumbass” in lieu of attempting to explain his rationale.

Pat Narduzzi's response to being asked by @JDiPaola_Trib about trying to pass with 21 seconds left at the end of the second quarter.

Say what you will about the initial decision, but you have to respect the honesty.