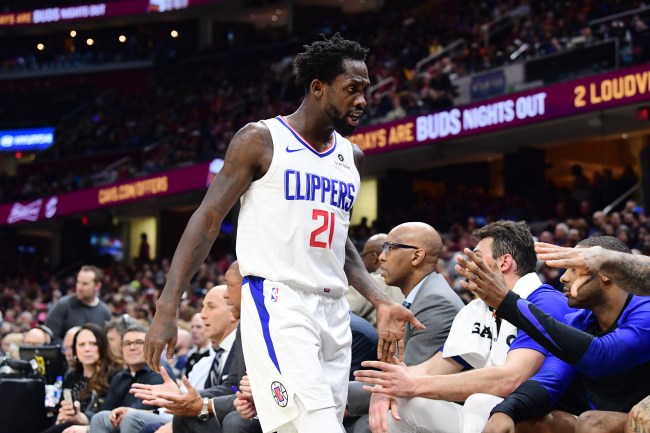 Patrick Beverley has balls of steel and isn’t afraid to back down from anyone. Although the Los Angeles Clippers guard isn’t the biggest guy out there — he stands about 6’1″ and weighs about 186 pounds — what he lacks in size he more than makes up with grit, determination and hustle, always playing with energy that most players in the league just can’t match. That type of style has helped Beverley gain a reputation as being a real pest defensively, earning him two All-Defensive team honors in his career (both on the first and second team in two separate years).

As we saw in last year’s NBA Playoffs during the Clips-Warriors series, Patrick Beverley showed everyone that no player was spared his intensity, as he went mano a mano with superstar Kevin Durant, constantly trying to get under his skin and acting like a gnat who just wouldn’t leave KD alone. Beverley chirped. Beverley stared down. Beverley balled out.

While we all saw Beverley’s rugged style of play in the postseason last year, apparently, he kept it going even after the Clippers were eliminated. That’s because, according to ESPN’s Brian Windhorst, the guard gloated hard AF after his team signed Kawhi Leonard to a deal this offseason, even doing so to LeBron James’ face after hearing the news.

Appearing on a recent episode of “The Woj Podcast” with Adrian Wojnarowski, here’s what Windy had to say about Patrick Beverley taunting James after the Clips, not the Lakers, secured the reigning NBA Finals MVP, as the two were at the same restaurant when Beverley found out the news.

“And so the deal actually gets done. [Adrian Wojnarowski reports] that Kawhi has not only agreed to sign with the Clippers, but the Clippers are trading half their future for Paul George, it’s a stunning development. And it all goes down while those players are at the same restaurant in various private rooms.”

“The story that I heard was that Patrick was making a beeline down the hallway of private rooms—sticking his head into all the rooms gloating about the Clippers’ giant haul—including into LeBron’s room.”

This just seems fitting for Patrick Beverley to do, doesn’t it? Not only is he a real shit-talker, but he previously taunted the Lakers and LeBron James after the four-time league MVP joined the in-city rivals in the summer of 2018, predicting the Clippers would finish with a better record last season than the Lakers. Shockingly, it came true, too.

With the rivalry between the Lakers and Clippers at an all-time high as both are believed to be the favorites for the NBA title this upcoming season, it’s cool to hear stories about the players getting involved in it, too. And when it comes to talking trash and punking people out, there’s nobody in the league who might be better at doing it than Patrick Beverley — who sure as hell won’t back down from a superstar like LeBron James.