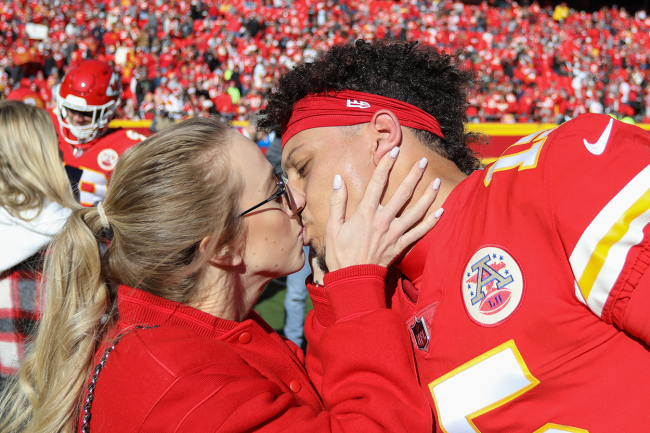 Even though the NFL season is over, Brittany Matthews and Jackson Mahomes can’t seem to stay out of the headlines. Patrick Mahomes’ brother and fiancé are both extremely loud in their demeanors and have ruffled quite a few feathers throughout the years.

A timeline of how they became so insufferable is rather illuminating, but despite public outcry for each of them just to chill out a little bit, the antics continued through the entire 2021/22 season and beyond.

In recent weeks, Jackson was seen riding a mechanical bull with a girl after the Chiefs lost in the AFC Championship. Not long thereafter he tried to kiss a girl at a mall and was rejected.

Last week, Patrick and Matthews were sitting courtside at a Texas Tech game and went viral for a eye-catching interaction. Patrick responded to the people who criticized his fiancé and doubled down on his love for her.

Meanwhile, anonymous sources were trying to spread a rumor that Patrick had asked his future wife and brother to stop attending Chiefs games. One reporter bought the rumor and spread it as gospel, forcing Mahomes and Matthews to respond once again.

All of the while, the vast majority of people would tend to agree that Jackson and his future sister-in-law need to take it down a notch. Pat McAfee even went so far as to say that Patrick needs to rein them in.

After a wild week of seemingly false reports, Randi Mahomes weighed-in on the drama on Instagram. She posted a story that included a very stern message to the haters.

First she used a viral meme of Kanye West to request that people leave Brittany and the entire Mahomes family alone. 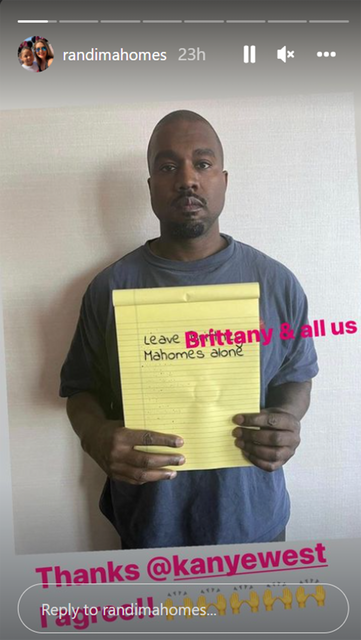 And then she followed it up by sharing a recent conversation she had with someone she knows about her sons and future daughter-in-law. Randi made it very clear that the entire thing was ridiculous. 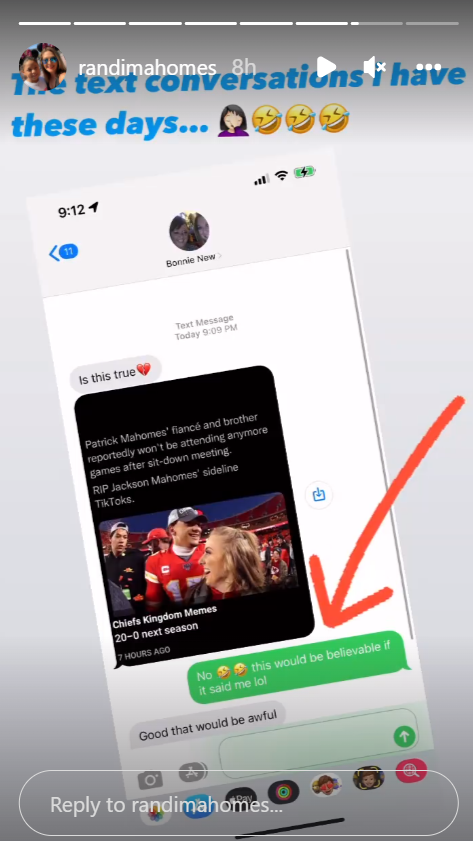 Tthere is no denying that Randi’s request is reasonable, especially after a false report about their relationships with one another. However, Brittany and Jackson know full well that they are in the public spotlight and continue to rile up the haters and stay in the news with their often outlandish antics.

Either way, it doesn’t sound like they are going anywhere anytime soon.