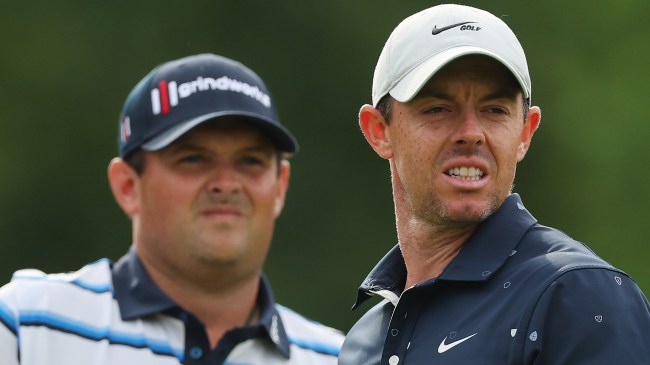 The rise of LIV Golf has been the source of a virtually unprecedented amount of drama in that particular athletic realm over the past year or so.

Most of the former PGA Tour players who made the decision to defect to the upstart league have been subjected to a tsunami of criticism thanks in no small part to the “sportswashing” accusations stemming from LIV’s ties to Saudi Arabia.

That includes plenty of shots that have been fired their way by some of their peers—like Rory McIlroy, who has been one of the most vocal critics of LIV Golf (and has routinely gone out of his way to call out Greg Norman for his role in widening the ever-increasing divide between the rival organizations).

Earlier this month, Jon Rahm predicted there might be a bit of tension in the dining room at Augusta National when players from both sides sit down to break bread at The Masters Champions Dinner. However, it’s hard to imagine anything that unfolds there will come close to matching the level of spiciness we’ve (allegedly) been treated to courtesy of Patrick Reed.

By now, most golf fans are likely familiar with the various controversies Reed has found himself at the center of over the course of his career. Now, we’ve been treated to a fresh new batch of drama out of the United Arab Emirates ahead of the Hero Dubai Desert Classic.

According to The Independent, Reed attempted to greet McIlroy while the two men were warming up at Emirates Golf Club but received a very cold shoulder from the Northern Irishman. It appears that did not sit very well with the scandal-prone golfer, as he reportedly pulled a tee out of his pocket before throwing it “in McIlroy’s direction in disgust.”

No video footage of the incident in question has surfaced as of this writing, and I would like to stress these are simply allegations for reasons that totally, definitely have nothing to do with Reed’s recent pattern of behavior.