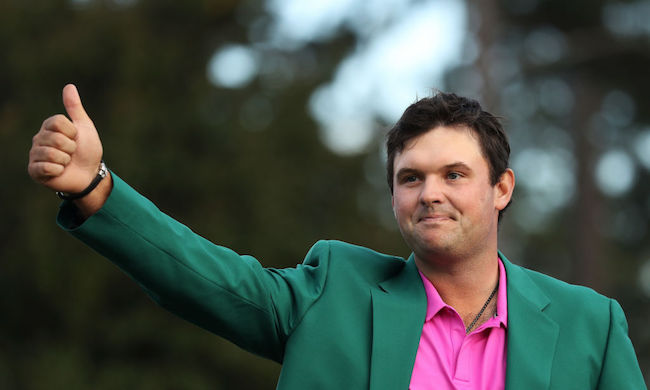 Last weekend, the incredibly polarizing Patrick Reed took home the green jacket given to the winner of The Masters each year. Whether or not it’s deserved, Reed has gained a reputation as the PGA’s resident asshole over the past few years, and his victory did a great job pissing off plenty of golf purists who can’t stand him for various reasons— like having the audacity to wear red on Sundays (as we all know, that color is reserved for a guy who was welcomed back to the tour with open arms after cheating on his wife and getting nailed with a DUI after deciding to climb behind the wheel of a car with an impressive cocktail of drugs in his body).

With that said, it doesn’t seem like Reed is paying much attention to the haters. He was in good spirits when he sat down with Jimmy Fallon while rocking the green jacket to recap his experience at The Masters— just after he was spotted sporting it in the front row at Madison Square Garden while hanging out with Chris Rock, Aziz Ansari, and 2 Chainz. 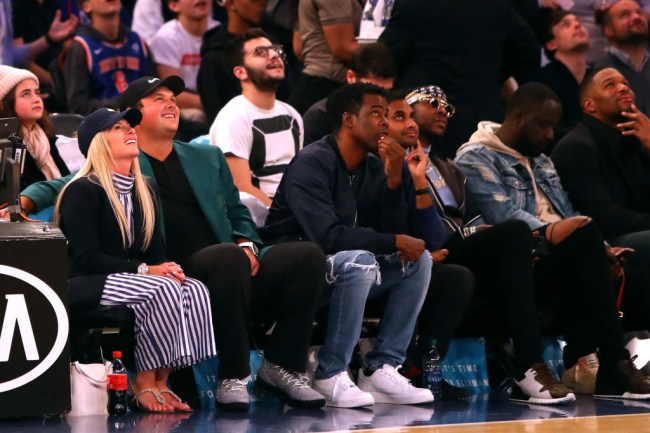 Reed has certainly earned the right to wear the green jacket wherever the fuck he wants, but I have to question his recent decision to don it while picking up Chick-fil-A with his wife.

Look who we had the pleasure of serving today at our Sawdust Road Chick-fil-A Drive Thru!! Welcome home to the 2018 Masters Winner- Patrick Reed with his beautiful wife! ⛳️🏆
Green jacket ✅ Chick-fil-A ✅ pic.twitter.com/QEp8yWZcDv

While I understand how difficult it can be to resist the urge to pick up a chicken sandwich and some waffle fries, I’m not sure a restaurant specializing in greasy foods is the best place to go when you’re wearing one of the most iconic pieces of clothing in existence.

With that said, I’ve never had the chance to read the cleaning instructions on the inside of the jacket, so maybe there’s nothing a little dry cleaning can’t fix.