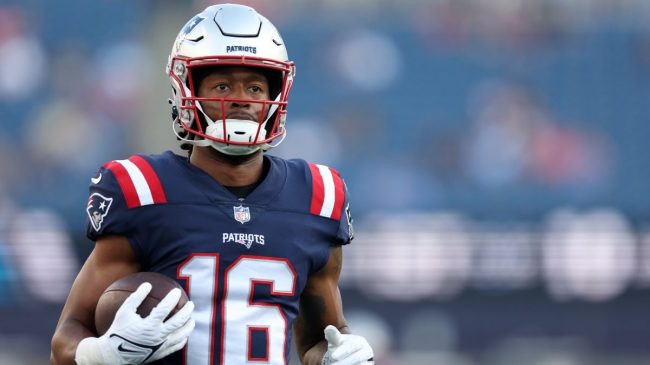 The New England Patriots are set to take on the Pittsburgh Steelers in Week 2. It was an abysmal start to the season for the franchise though, as New England was routed by the Miami Dolphins. Offensively, they didn’t look great, but Bill Belichick is hopeful for a better game on Sunday. However, starting receiver Jakobi Meyers gives a take about that offense that is a bit concerning.

According to Mike Giardi, Meyers states, “I question what the plan is sometimes and how we’re going to attack.” That’s not a great bode of confidence at all. That’s especially concerning considering Jakobi Meyers is the best wide receiver on the Patriots.

#Patriots WR Jakobi Meyers told Mike Giardi: "I question what the plan is sometimes and how we're going to attack." pic.twitter.com/5Cpj5i9DsY

Matt Patricia was the play caller in Week 1 and is going to call plays against the Steelers. The Patriots offense hasn’t quite been that great since Tom Brady left. Although the drop-off was expected, many believed that Bill Belichick would be able to produce a solid offense regardless.

Instead, New England has looked poor on that side of the ball. Luckily, the defense should keep the team in most games. However, if the offense can’t get rolling, then the Patriots could be in a whirlwind of trouble in the 2022 season.

Jakobi Meyer’s possible concerns should be monitored. He’s the best weapon in the passing game and is clearly Mac Jones’ favorite target. However, the Patriots need to get the offense rolling on all cylinders and these types of comments are concerning for the club and fanbase.