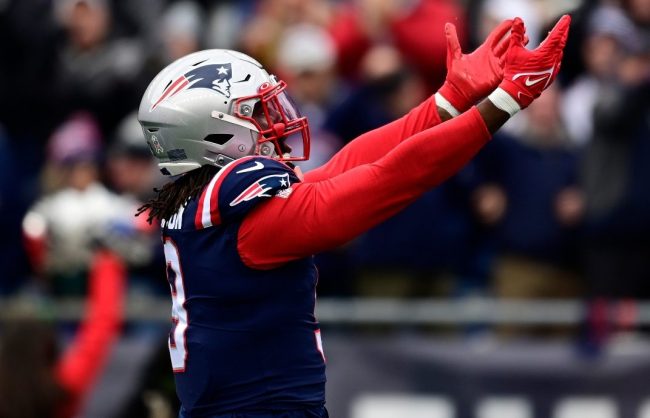 The New England Patriots are preparing for the upcoming season and fans are keeping a close eye on every single player. Typically, whenever someone leaves the practice field, there is a reporter who takes note of it and at least tweets about it. However, Matthew Judon provides a hilarious inside scoop as to why he left the Patriots practice briefly.

While watching the practice, Mark Daniels noticed Judon leaving to the locker room. Usually, it’s due to some sort of injury. It’s also a nice way to keep the fanbase informed of what is going on. Had it been an injury, Daniels would have been all over the initial report.

Matthew Judon is leaving to the locker room

Instead, it turns out Matthew Judon just had to pee. Several hours after Mark Daniels’ tweet, Judon cleared the air the best way he could. Luckily it was just a bathroom break and not an injury that needed some evaluation from the trainers. The Patriots’ defense is the strongest asset of the roster right now and they need their best pass rusher on the field for any type of success.

I took a pee https://t.co/xmgtxcooah

When you gotta go you gotta go! Even though Bill Belichick is deemed as the evil genius, even he understands bathroom breaks are necessary. At least Mark Daniels was a good sport about it, as he couldn’t help but laugh at Matthew Judon’s update at the Patriots’ practice.

Look for New England to lean on Judon throughout the regular season. He was a monster for them last year and that should carry on for the second year in a row. For that reason, look for Matthew Judon and the Patriots’ defense to be a problem once again. Even if he has to take some bathroom breaks here and there.