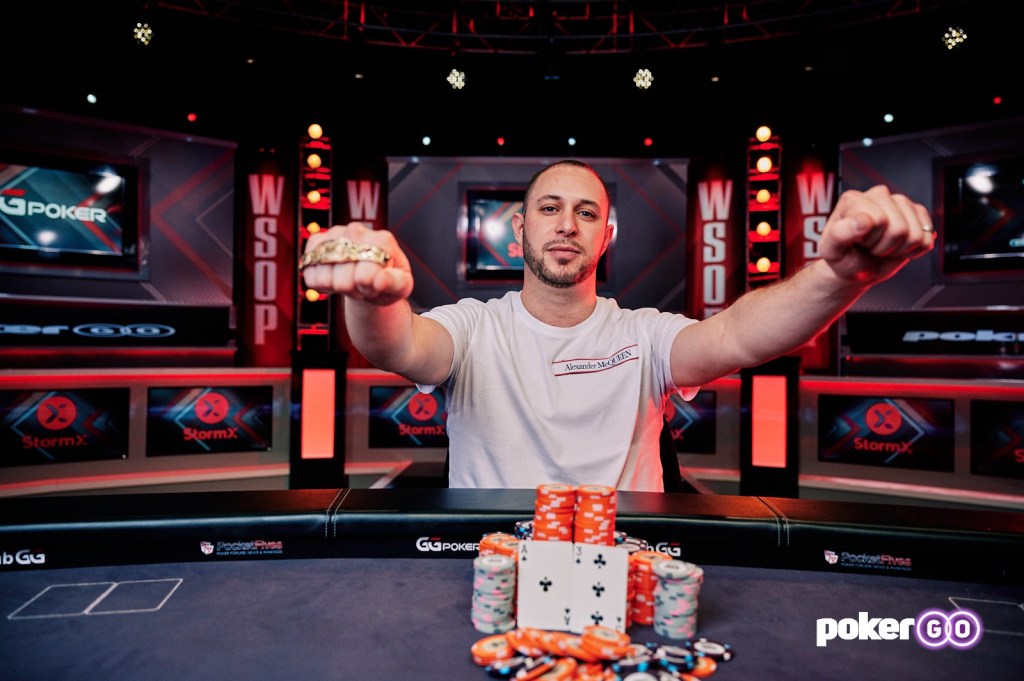 This was by far the biggest field yet of the 2022 World Series of Poker. And there are only about three weeks left in the 2022 WSOP with the first flight of the Main Event beginning Sunday, July 3rd.

For his win, London-based Paul James Hizer flipped his $400 buy-in into the tournament into $414,490 or 1036.225x what he spent to get into the event. He also won his first World Series of Poker gold bracelet and the admiration of his peers. Prior to winning the $400 Colossus, Hizer’s biggest WSOP cash was just $35,573 which came a few days prior for finishing 31st in the Event #37: $1,500 MILLIONAIRE MAKER No-Limit Hold’em.

PokerGo uploaded a 20-minute video including all the biggest action from the final table. This includes the final hand where Paul James Hizer had his opponent dominated and his hand held up for the win. Check it out, jump ahead in the video to see the final hand, and we can discuss the tournament’s action down below:

Action from The COLOSSUS WSOP Tourney

Paul James Hizer faced Sam Laskowitz heads-up for the gold bracelet. Ultimately, Sam Laskowitz finished in second place for $256,170 which is still an insanely good return on a $400, 4-day investment. Hizer earned 1,206.1 Player of the Year points for his win and Laskowitz earned 603.

Sam Laskowitz had the chip lead over (Paul) James Hizer. The pivotal moment came when Sam got Hizer all in and was winning with pocket 3’s to Hizer’s AsQh with straight draws and over cards for a pair. Laskowitz had a 68% chance of winning the hand before the flop came but the flop delivered the King of Hearts for a straight and Hizer doubled up.

From there, it was only a matter of time before he won the bracelet and finished 1st in a field of 13,565 players.