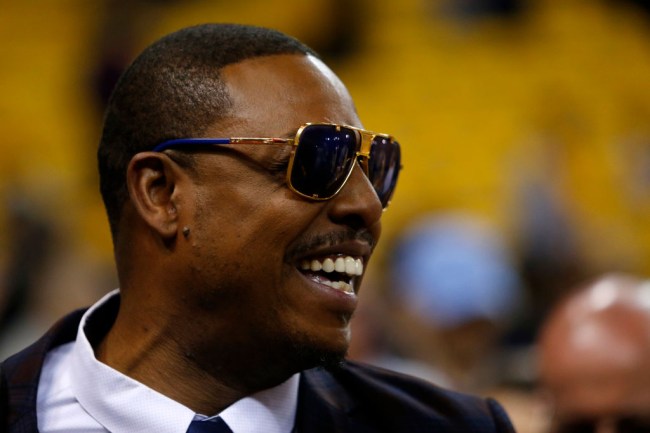 It’s been two years since Paul Pierce announced his retirement from the NBA after a storied career with the Celtics (in addition to a short stint as a journeyman), and after taking some time for himself, the former player decided he wanted to get back in on the action and grab a slice of the increasingly lucrative Hot Take pie.

Pierce has spent the past couple of months doing seemingly everything in his power to make Stephen A. Smith look like a genius thanks to the freezing cold predictions he made during the NBA playoffs.

Over that span of time, he said the Celtics would cruise past the Bucks and cursed the Rockets with an ill-fated prophecy, and while it might not have anything to do with his inability to predict the future, he also tarnished his own legacy when he revealed the real reason he was famously escorted off the court in a wheelchair was because he took a dump in his pants.

Paul Pierce admits he shit himself during "wheelchair game" pic.twitter.com/vy8L2cymhh

All eyes were on Pierce ahead of the NBA Finals to see if he’d take another metaphorical shit in his britches and I’d argue the Raptors were right to be scared when he predicted they take the series in six games, as it appeared Pierce had taken the torch from Drake as far as curses were concerned.

However, as you likely know by now, Toronto did, in fact, manage to take home the championship in the sixth game and Pierce didn’t waste any time letting the world know he’s not the jinx we thought he was after all.

And y’all thought I was the curse .. tuh! pic.twitter.com/KNALLfd2yR

Congratulations to Paul for getting literally one thing right this postseason.