Paul Pierce Is Being Sued By A Security Guard Over An Incident At The McGregor Vs. Khabib Fight 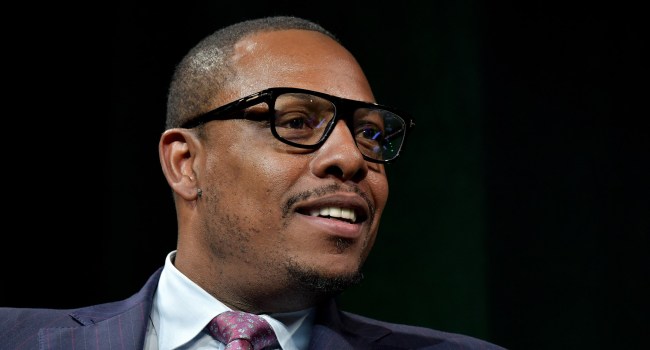 The insane Conor McGregor vs. Khabib Nurmagomedov post-match melee at UFC 229 is the gift that just keeps on giving.

Since the brawl which began with Khabib leaping into the audience following his definitive beating of McGregor, Conor has “retired,” been arrested for stomping on a man’s cell phone, reportedly been under investigation for assaulting man at bar who mocked him about losing to Khabib, the man who ran into the octagon has been banned from all future UFC events, Khabib has repeatedly said he wants to box Floyd Mayweather next, and now we have a new lawsuit filed against NBA legend Paul Pierce by a security guard who worked UFC 229.

The man behind the suit is Christopher Mostello — who was working security at the T-Mobile Arena on Oct. 6, 2018, for UFC 229 when he got called over by a supervisor to respond to an incident involving Pierce.

Mostello claims he rushed over and was told Pierce had gotten aggressive and physical with the security supervisor — a woman — because she had asked for his ticket before allowing him back to his seat.

Mostello claims he was told Pierce grabbed the woman by the arms and pushed her to the side — so he stepped in front of Paul to try and stop him.

But, Mostello claims Paul didn’t stop — instead Paul screamed “F*ck you” and accused Mostello of being a racist.

In video of the altercation below, Pierce can be heard calling Mostello a racist.

Mostello claims that he is not a racist and was just doing his job. He says that the fallout from the incident has damaged his reputation and resulted in him being harassed and ridiculed.

He is seeking more than $15,000 in damages plus attorney’s fees and other costs for “defamation and intentional infliction of emotional distress.”