The Paulina Gretzky, Dustin Johnson Drama Takes Another Turn As She’s In Paris For The Ryder Cup 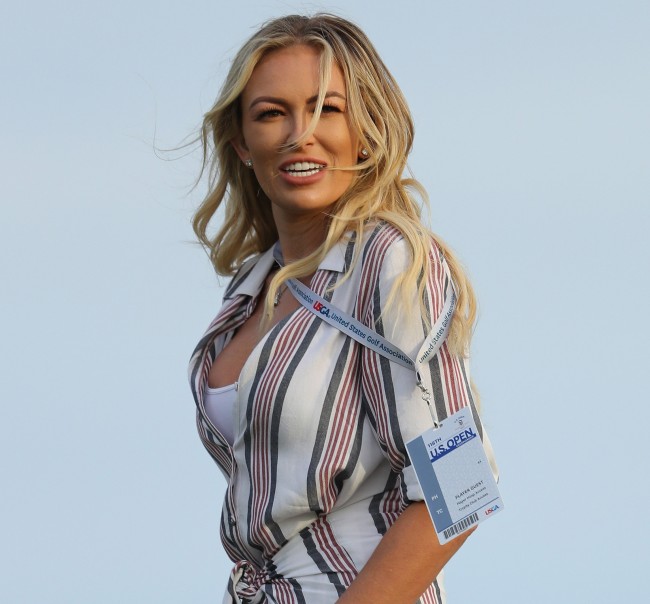 After mysteriously deleting all of Dustin Johnson’s photos from her Instagram account and posting a video that may or may not have been a dig at him, Paulina Gretzky is now in Paris for the Ryder Cup to support his efforts there.

Johnson, for his part, posted a tweet a couple of weeks ago addressing the rumors and innuendo surrounding the couple’s relationship (sort of). Rumors which included accusations that he cheated on Gretzky with a woman named Yassie Safai (something she strongly denied).

This saga even got so out of hand that gambling site Bovada created a prop bet over whether or not Paulina Gretzky would show up to the Ryder Cup in France.

Perhaps Gretzky decided to get in on some of that action and bet on “yes” because, thanks to a photo posted to Instagram on Tuesday by Brooks Koepka’s girlfriend Jena Sims (that’s Jena Sims, Joe Buck), we know that she is, in fact, in Paris.

That’s Sims in the middle with Jon Rahm’s fiancee Kelley Cahill on the left.

We still have no idea what the heck is going on with Gretzky and DJ though.

FYI, in case you too got in on the wagering, the Ryder Cup opening ceremony takes place on Thursday, September 27th.

Also, in case you didn’t know, Rahm’s girlfriend Kelley Cahill has a rifle for an arm.