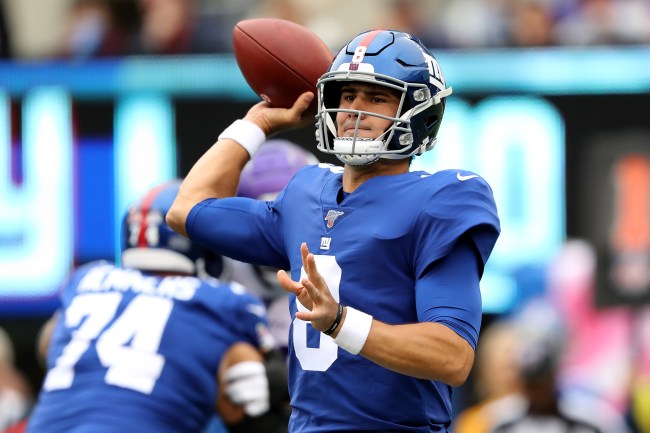 The New York Giants can always hold their heads high for stealing two Super Bowls from two different New England Patriot teams, one of which was the arguably the best team ever assembled.

But, nature has a twisted sense of humor, and it has set up a scenario where the Patriots can exact their revenge by literally committing on-field homicides against a severely-depleted Giants team.

The Giants have released its updated injury report for its away game against the unbeaten Patriots on Thursday night and it does not set them up to take down Goliath.

Some decent players I guess.

As far as their replacements, with the exception of Golden Tate, yikes.

Giants fans are hitting their local supermarkets and ransacking them of toilet paper and water because there are no rules when your world is ending and your team is the biggest underdog it’s been in 40 years.

Please keep them in your prayers, most notably Daniel Jones.

Daniel Jones in the huddle looking at his offense pic.twitter.com/OXC8ntscTV

Daniel Jones looking for someone to throw to. pic.twitter.com/2fv4KMAqLu

If Daniel Jones pulls this off, start building the statue. https://t.co/qqQ0bulPJg