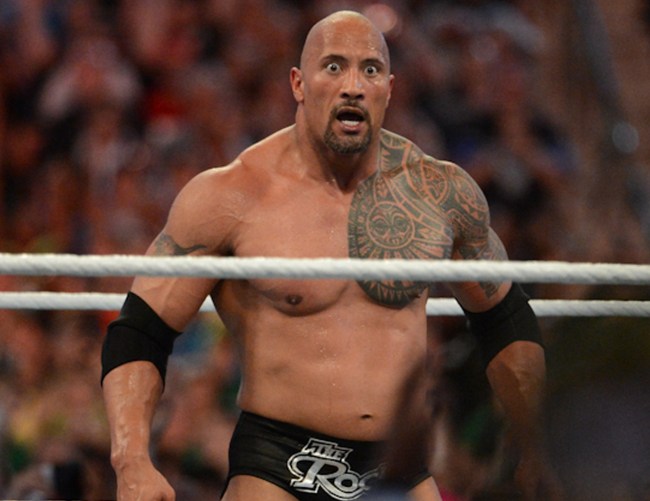 In an interview with TMZ Sports, Triple H revealed the possible origin story for one of the most iconic – and ridiculous – finishing moves in pro wrestling history.

Triple H explained that in some of the legendary six-man tag team matches involving himself, “Stone Cold” Steve Austin, The Rock, The Undertaker, Mick Foley, and others, a few of the boys worked the match with the sole purpose of trying to make The Undertaker break character and laugh.

“We’d spend a lot of time in that match – especially me, Austin, Rock, and Foley too – trying to make Undertaker break character. Just trying to do whatever we could to make him crack or laugh, and he just never did,” Triple H explained.

“We would do the hokiest moves,” the former WWE champion recalls. “I honest-to-god, and this might be better to ask someone with a more crisp memory, I don’t know, but I believe the first time The Rock did The People’s Elbow, was in a match where we were trying to make Taker crack.”

Triple H believes the move absolutely started as a joke but got such a huge reaction that everyone just went with it.

Ribbing The Undertaker didn’t just happen in the ring. Triple H discusses the revelation in The Last Ride documentary that Undertaker hates cucumbers. As a joke, wrestlers filled a casket used in a casket match with cucumbers so that’s the first thing Undertaker would see when he opened the lid.

Triple H said that all jokes aside, Undertaker was the father figure in the locker room that every wrestler respected.