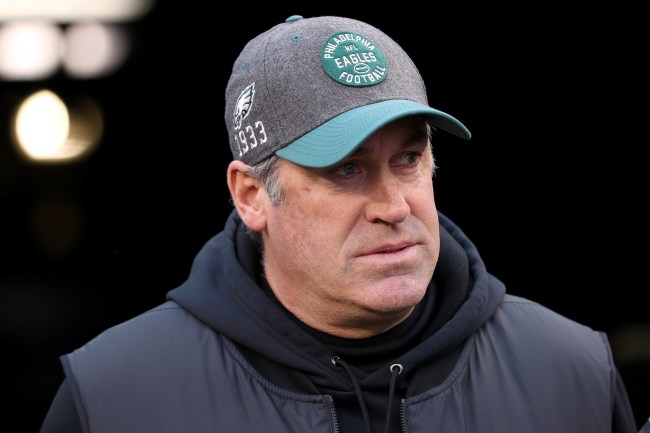 The consensus seemed to be that Doug Pederson’s job in Philadelphia was safe despite the Eagles going just 4-11 this season, but apparently, that wasn’t the case as the franchise has reportedly fired the 52-year-old.

One has to wonder whether or not the Eagles’ very clear tanking attempt in Week 17 against Washington had anything to do with Pederson’s firing. My guess is yes. Plus, there were reports that Pederson’s vision for the future coaching staff didn’t necessarily align with ownership.

Pederson’s firing now makes it seven teams around the NFL looking for new head coaches with the Texans, Lions, Jaguars, Jets, Chargers, and Falcons also on that list.

Pederson’s time in Philadelphia comes to a close after leading the Eagles to a Super Bowl in 2017 and posting a 42-37-1 record in five seasons. The Eagles have not won a playoff game since their Super Bowl run in 2017.

Things are not well in the city of brotherly love at the moment. Quarterback Carson Wentz is signed to an astronomical contract and his future is completely up in the air at the moment as well.