The Entire Crowd For The Pirates-Marlins Game Last Night Could Fit In The Back Of My Prius, Footage Is Surreal 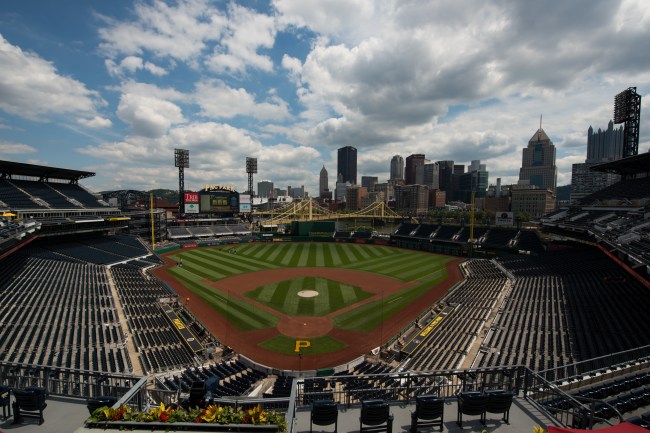 I mean, look at that photo. Beautiful. PNC Park is an architectural triumph, and it’s hard to argue that with the skyline basically on top of the stadium and Roberto Clemente Bridge in the forefront, the Pirates have one of the best overall stadiums in the MLB.

But there’s more to life than a good view on a beautiful 76-degree night, and the Pirates found that out the hard way, as literally a school bus full of people went to watch their team take on the lowly Marlins on Wednesday.

I don’t run the Pirates. If I did, this look a couple minutes before first pitch would scare the hell out of me: pic.twitter.com/eA85K7RHaP

The official attendance for the game was 9,043, amounting to 24% of PNC Park’s capacity. Yeah, I said the same thing when only two classmates showed up to my 11th birthday party.

No team has a shot at making the playoffs, but Pittsburgh residents aren’t exactly in line with the team’s frugality. Last offseason, owner Bob Nutting cut payroll from $86 million to $74 million, signaling to fans that they can go fuck themselves, which is why PNC Park attendance is down 37% since 2015.

I can think of worse things than slugging down 8-10 cold ones on a picturesque night looking out at the skyline, but I live a forgettable life.